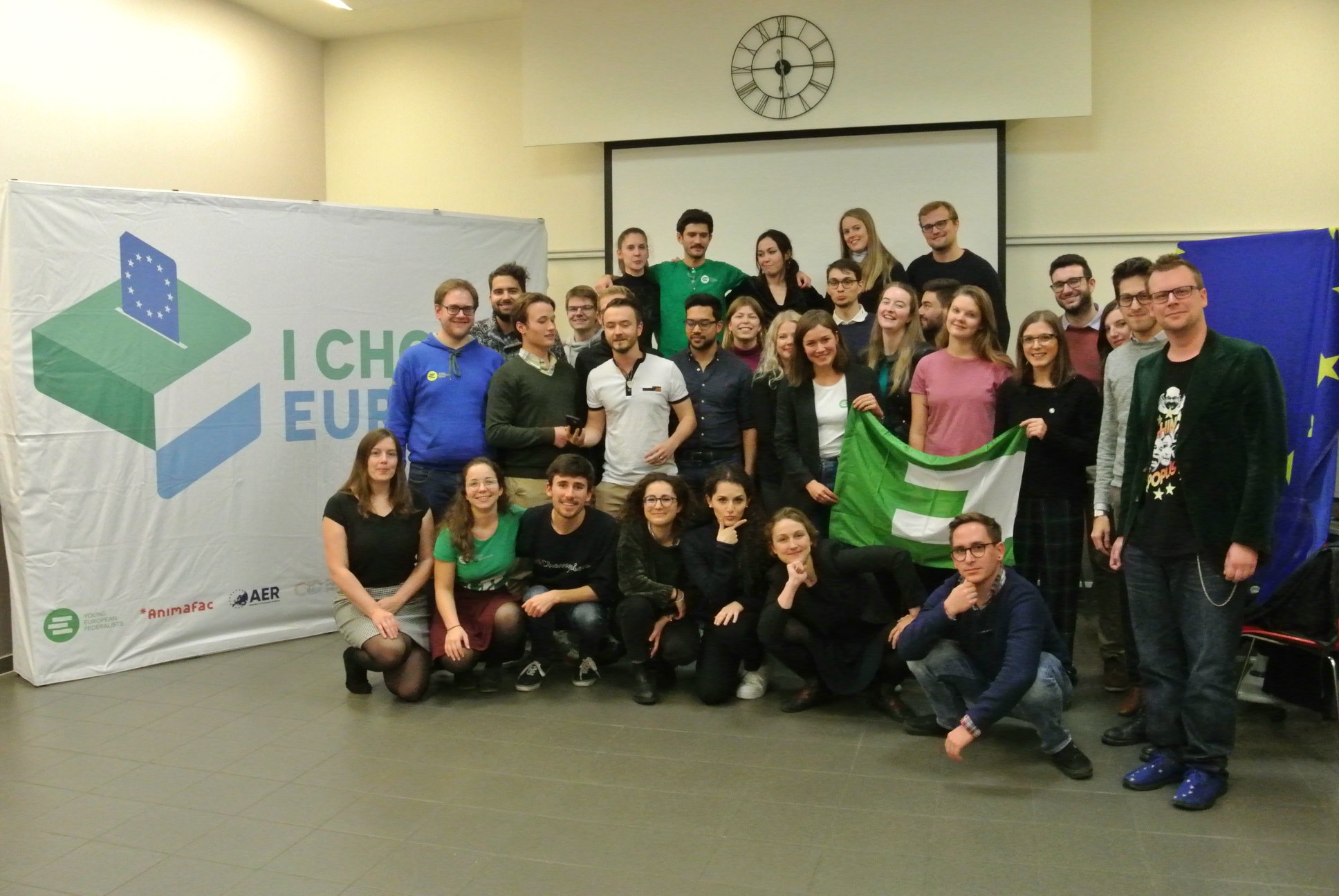 You know the drill: every year, we invade a city in Belgium for a weekend-long Training Days event. This year, we were in lovely Leuven! The programme focused on empowering young people to shape the future of youth civil society.Quite some time was also dedicated to a topic dear to our heart – Federalism – so that participants could build […] 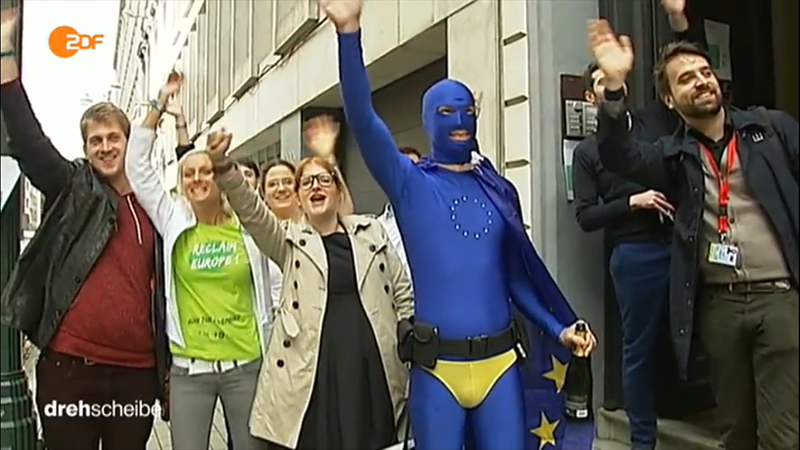 The German national TV ZDF recently broadcasted a show starring our JEF members in Brussels. The segment of the show, which runs from 33:00 to 38:00, shows the daily life of Brussels’ own Captain_Europe on a busy day and records JEFers celebrating the MovEurope campaign at the JEF headquarters.   Here is the link to the show (the segment starts at the 33rd minute). 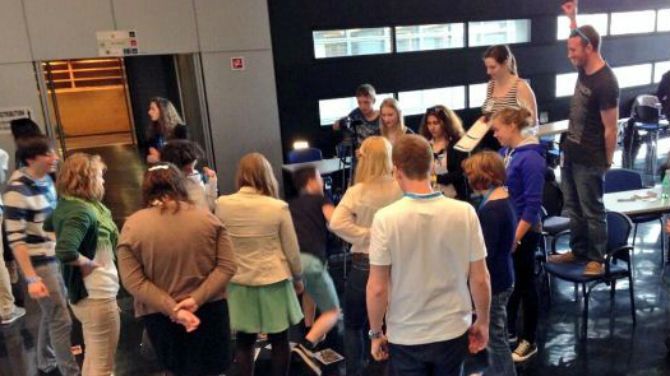 On May 10th, 2014, Deredactie.be covered JEF Belgium’s involvement in the “Eurowa” game which we’ve already reported on and how it was tested out at the EYE event in Strasbourg. Check out the article and the video they made on it [it’s all in Dutch].   The Ambrassade in collaboration with the French-speaking Youth Council and of course JEF Belgium […]

Our Political Secretary and proud JEF Belgium hoodie wearer Goele Janssen appeared in the De Standaard newspaper on May 7, 2014 with her original piece titled “We kunnen nog alle kanten uit met Europa”  in Dutch [NL].   Join the discussion about the article and give her a thumbs up on Facebook.   Since most of the original article is […] 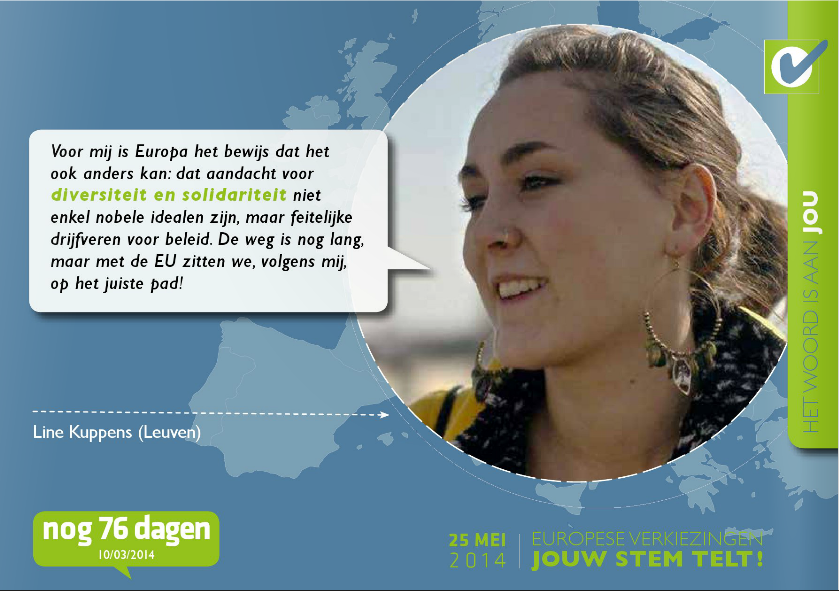 As you have already noticed while attentively turning the pages of European Movement’s countdown calendar for the 2014 European election, the publication features many of our Belgian members of JEF explaining what Europe means to them. The online versions of the calendar are also available online in two different language versions: see the Dutch version here [NL] and the French version here [FR]. 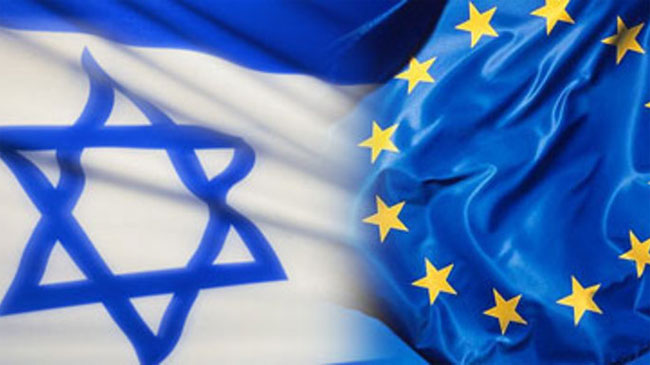 “The only natural resource we discovered is the human potential. Israel is an example where the people enriched the land more than the land enriched the people.”                – President Shimon Peres, from his EU parliament speech   In their book “Start-up Nation: The story of Israel’s economic miracle”, authors Dan Senor and Saul Singer describe  why and how […] 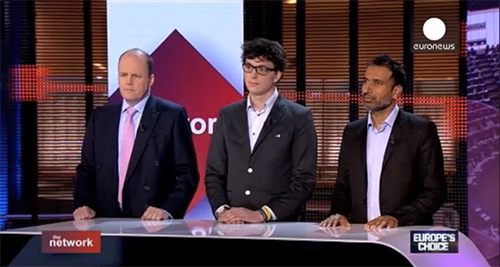 Peter Oomsels, the former president of JEF Belgium, now vice president of the Young European Federalists, has appeared on The Network TV show on EuroNews to debate why it is important to vote in the next European election, and how the new parliament will be instrumental in choosing the new European Commission president. He also spoke about how to increase voter participation […] 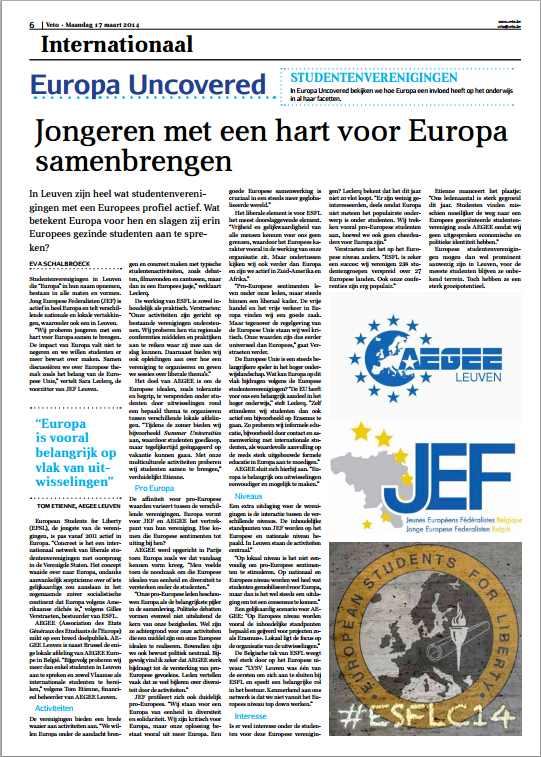