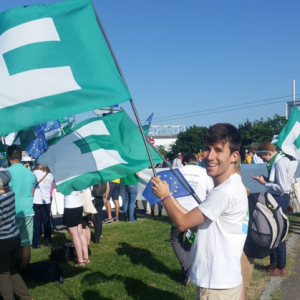 Hello there! My name is Nico. After 3 amazing years first at JEF Liège and then at JEF Belgium as policy and project officer, I now have the immense pleasure to be president of JEF Belgium and to rule over this fabulous group of federalist minions. I get very cheesy when I start talking about JEF so I hope you’re not lactose intolerant (stop eating dairy anyway, you are not a baby cow!).

Being a JEFer has brought me so much over the past few years, be it in terms of self-confidence, knowledge, skills or inspiring friendships. It really makes me a better person and I can’t wait to grow from this year as well which already promises to be full exciting projects and amazing people. This year, I want to make sure that JEF Belgium shines and that our JEFers thrive.

Never doubt that a small group of thoughtful, committed (young) citizens change the world. Indeed, it is the only thing that ever has”. If you think so too, then you should join JEF. Never hesitate to contact me directly at nicolas.hubert@jefbelgium.eu in French, Dutch or English. I am sure super nice and I’m sure we have a project that will suit you, through which you can express yourself and make the best of it for you. Look forward to hearing from you. Nico

Originally from Brussels, I discovered JEF around a couple of beers in Liège. I wanted to learn more about the EU and meet new people. Federalist? I didn’t even notice that weird F at the end, I wanted to get involved in a Young and European environment, but at the time I had no idea JEF was more than that.

It is unexpectedly that events after events, meetings after meetings I got the chance to discover a movement that fits my values and hopes for the EU. 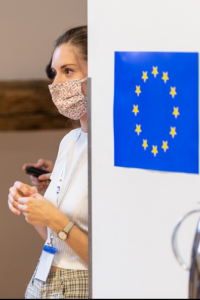 An European federalism is for me a target to reach, while along the way there are many opportunities for the EU to improve. And JEF as an open-minded and inclusive movement is for me the perfect place to share thoughts and work together on a better European Union. 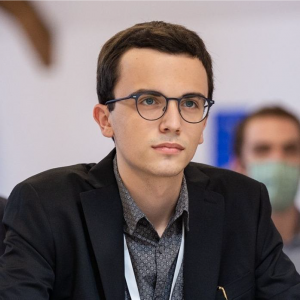 In my University courses, I studied the European Union from a theoretical perspective.
I quickly realised that I was passionate about European politics, but I needed more
Europe in practice.
That’s why I joined JEF Belgium and the local section JEF Liège, in early 2020. In
September 2020, I had the opportunity to co-organise the European
hackathon « Youth hacks Europe ».

Passionate about scientific popularisation and education, I attach importance to the
accessibility of European issues for all. I am also involved in several other projects and
organizations that promote youth citizenship (Civix, Youth Forum, European Youth
Dialogue, …).

I have been involved with JEF since 2015, passing through JEF Göttingen, JEF Strasbourg, and JEF Brussels on the way to the board of JEF Belgium.
Along the way, I have had plenty of inspiring discussions that have made me think about how the European project can be more democratic and more successful.

I have learned a lot through JEF and now I’m excited to share that with other young people!

When not JEFing, I work for the European Liberal Forum, the think tank and foundation of the ALDE party and Renew Group in the European Parliament. 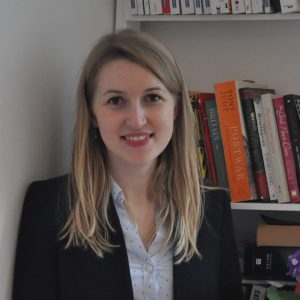 Hi, my name’s Marco-Antonio. I’m the board member responsible for knowledge management and membership. Knowledge management is a fancy term which means I share the knowledge we have gathered over the years with the current board and local sections to help them reach their goals, as well as organising the new knowledge we create so it can be accessible to future boards. The second aspect of my role is dealing with membership: from making myself available to individual members and people interested in knowing more about JEF, to supporting our local sections with anything they might need to grow and thrive. In these tasks, I share some responsibilities with Elisa, who helps draft the manuals we use for knowledge management and who participated in developing the membership strategy for 2020 and 2021.

I was born and raised in Belgium by an Italian dad and a Greek mom. I was schooled here and I then went on to study political science at ULB, with an Erasmus in Madrid. I graduated in 2020 with a master’s thesis on European and national identity. I’m currently aiming at moving from my mom’s place, that I share with two cats, to my own. Hopefully at least one of the cats will follow me. 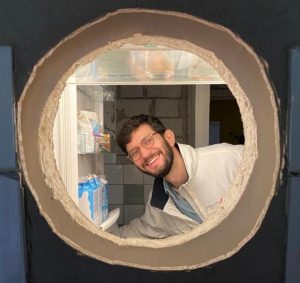 In the 4 years I’ve been active in JEF Belgium, I’ve seen all kinds of different people approach the organisation. For this reason, I believe there isn’t a single path to getting curious about JEF and European federalism. I see my role as trying to welcome everyone in the organisation, listening to them and giving them the tools they need to grow, both in their personal goals and as a youth activist. In being both a Belgian national and having received an international education, I believe I can relate to many of the groups present among our members. I’ve met locals, as well as people who came from a variety countries, mostly European but sometimes as far as the United States or Colombia, who have come to call Belgium their home. I’ve had spirited debates with people all over the political spectrum: from the left to the right, without forgetting about our friends the environmentalists. I’ve met students, young professionals and people looking for a job. People who went into politics, as well as people who studied languages or biology. People with a lengthy experience in European topics and people who had never been involved in them but were animated by a feeling, or sometimes a question, about what it means to be European.

If you have any questions for me, or if you want to see if JEF Belgium is something for you, feel free to drop me a line at marco-antonio.berti@jefbelgium.eu.

As European I believe we don’t highlight enough this citizenship. But we are part of a huge gathering across the continent and this need to be integrated in each and everyone of us. We are a big community ! Even if we are not aware of it.

I joined JEF Belgium this year to be more connected to this community, and to interact with people that share the same values and the same hopes for the European project. I am interested in EU policies and how to implement them, especially with environmental and energy issues. 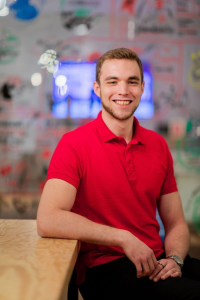 I discovered Jef Belgium in late 2020 when I attended a hackathon. The competition was about youth and the European Union. It was organized by Jef and I got along well with the participants. It was also perfect professionally speaking.

Regarding me: I was not always a convinced federalist. I was even eurosceptic a few years ago. Despite the fact that I was completing a degree in European affairs. However, during my last year as a student, I reflected a lot on myself, the choices I had made and the world I was about to enter.

Afterward, I accepted the situation: my skills were outdated and I was lacking some of them. I thus decided to upgrade my skills and expand my network by joining a few associations and by doing a 7-month training in web development. That’s why I am helping Jef as Webmaster

I am now a convinced federalist because, in my vision, I would see the Earth as a super federation, completing it in the EU will just be the first step.

I know that this is a utopia. On the other hand, if you want to have an idea about what kind of paradise earth could be if all states were to gather in a super federation, you can refer to the Star Trek universe!

Hey, I’m Anna, JEF Belgium’s directly elected Federal Committee member. I first joined JEF in my hometown Göttingen in Germany back in 2015, where I was immediately allured by JEF’s trans-partisan network of active, European-minded youth groups across the entire continent. After completing my Erasmus Mundus Master in European Studies, I moved to Brussels. In the election year 2019, I joined JEF Belgium as their international officer and led the ‘I choose Europe’ project for JEF Belgium in close cooperation with JEF Europe and our local sections. This intense learning experience convinced me even more of our activism as JEFers and made me fall in love with the infamous #JEFspirit once and for all. Based on this strong and long-term motivation, I served JEF Belgium as president for another rich 15 months – an honour and exciting tasks I am truly thankful for! 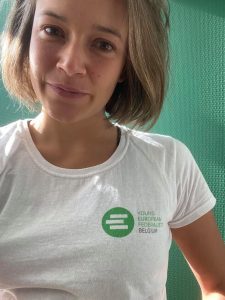 With my new responsibilities as mother, I decided not to run for the presidency again but for the position of a directly elected member of JEF Belgium’s Federal Committee. I am committed to enhance the political and advisory work of this body together with the national board and the local sections. The sky is the limit!