Home » A Revolution with European Ramifications

This article has also been published at the online webzine The New Federalist.

“The supply shock created by a surge in North American oil production will be as transformative to the market over the next five years as was the rise of Chinese demand over the last 15.” – International Energy Agency

European policymakers have failed to grasp the geopolitical and economic implications of the American shale gas revolution. A revolution that took place in less than 5 years, yet it is shaping the worlds energy and geopolitical landscape. It will fuel the US lead over Europe and Japan for decades to come.

At the core of this revolution is a new drilling process called hydraulic fracturing or fracking. Hydraulic fracturing is a horizontal drilling process that allows the extraction of gas trapped in shale formations by injecting a high-pressure mixture of water, sand and chemicals. Shale gas has made the United States a growing energy power, on track to pass Saudi-Arabia by 2020.

Europeans should pay attention because we are directly concerned. Energy prices are four times higher in Europe in comparison to the United States and forecasts are bleak for Europe. According to the European Commission, for the period 2005-2012, Gas prices for the industry rose by 35% in the EU while they fell by 66% in the US, industrial electricity prices rose by 38% in the EU and fell by 4% on the other side of the Atlantic. By 2035, Europe’s dependence on oil and gas imports is set to rise sharply if nothing is done while the United States will become a net exporter of gas.

This revolution causes the already existing competitiveness gap between the US and Europe, which is largely due to the rigidity of the European labor market and red tape, to widen even further in favor of the United States. The first ones to be affected by it are the energy intensive industries and manufacturers of Europe. The BDI, the voice of the German industry, is one of the most alarmed along with other industrial European companies such as Bayer, BASF, Eni, Solvay etc., their main concern is that if nothing is done to get energy costs down, production will have to move to the US. 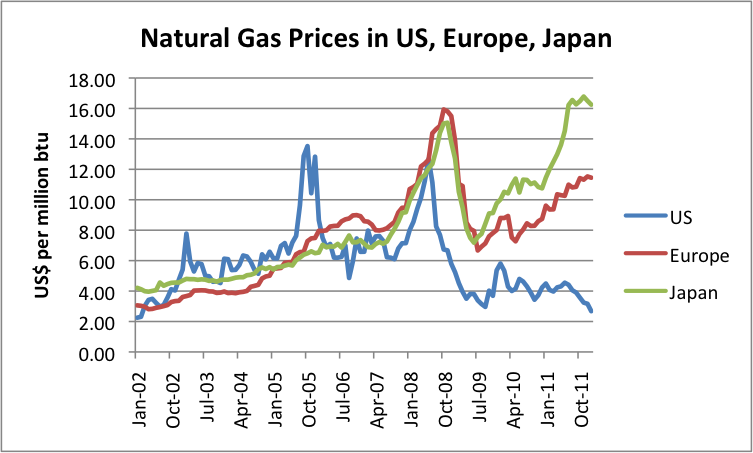 From a geopolitical perspective, it is also a revolution that frightens the Gulf petrol monarchies and the oligarchs in Russia. Their main source of income, power and social support stems from high oil and gas revenues. The higher gas prices are, the more revenue they get which in turn gives these autocrats more power and diplomatic leverage.

It is not a surprise that a technology that reduces gas prices, in a world where energy demand is set to rise by 33% for the next 20 years, is seen as disruptive and source of instability in the eyes of those regimes. America is disengaging itself from the Middle East and world affairs in general. Fatigue of war, economic woes at home, political gridlock in Washington, growing isolationism but also the shale gas bonanza have contributed to this disengagement; causing a serious breach of trust between the United States and its regional allies but also creating a global leadership vacuum.

To frack or not to frack?

Renewables despite being a crucial element of Europe’s future energy landscape and energy portfolio are expensive. Producing electricity from nuclear energy costs about €50/Mwh and €61/Mwh for natural gas turbines while the costs for offshore wind-turbines and solar farms range from €100/Mwh to €300/Mwh. It will take a lot of investments and time before renewables become cheap and competitive. 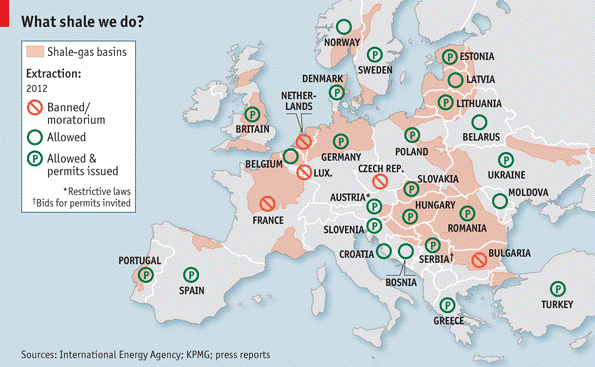 On the one hand, shale gas is a better alternative to produce electricity than coal and it emits less CO2. It could be a viable short to medium term option. On the other hand there are legitimate environmental concerns about the risks of water contamination and environmental damage. Making sure that drills are properly installed and that environmental regulations are enforced can decrease the risks of contamination but won’t exclude them all together.

Public opinion about shale gas exploration in Europe has been quite negative. Hydraulic fracturing is seen as dangerous and the risks far outweigh the benefits in the eyes of the public. The precautionary principle is very well anchored in Europe. In a nutshell, it states that in the absence of scientific consensus on the risks of a policy, you should better be safe than sorry. This cultural aspect is completely at odds with the American risk-taking culture.

Shale gas won’t be a game changer in Europe as it has been in the US. The main reasons are multiple:  Europe’s population density is higher than that of the US, natural resources underground are not the property of landowners, different reserve potential, different market dynamics,  different regulatory frameworks, higher land prices… all contribute to a slowdown of European shale gas development.

According to The Economist, even if Europe became pro-fracking it would at least take 10 years before shale gas becomes a game changer :

“Oil companies will send people and equipment where the ride is easiest and the deals are tastiest, which explains why drilling rigs are scarce in Europe. Nearly 1,200 of them scoot around America’s shale beds; in Poland they number only half a dozen.

But even if the welcome mat is rolled out now, it will be a long time before Europe can catch up with America. It may take five years to assess whether shale gas exists in commercial quantities, another five before production starts and then a few more before shale could provide a significant addition to supplies: in short, a fracking long time.”

Shale gas development would make a difference for countries such as Poland and France, it would reduce their import dependency dramatically but it won’t be a game changer from a European dependency perspective and it would take far too long before it can fill the energy cost gap between Europe and the United States.

The recent Ukrainian U-turn and rejection of the EU partnership deal has been a geopolitical defeat for the European Union and a victory for Moscow. The main reason for this shift towards Russia’s Eurasian Union are the repeatedly coercive pressures exerted from Moscow. Russia’s plan for a Eurasian Union is nothing else but a way for the Soviet-era nostalgic president Putin to widen Russia’s sphere of influence.

The issue with Putin’s Russia is that it has a track record of using natural gas as a diplomatic and geopolitical weapon. It should not be a surprise that the countries in Europe that are supporting shale gas exploration and the energy independence that comes with it, such as Poland, are the ones who are dependent on Russian natural gas while those who have banned shale gas exploration like France and the Netherlands are the least affected by it.

Yet Europe will have to rely on Russian natural gas for the foreseeable future if it doesn’t move on with shale gas. An alternative to this problem would be to accelerate Iran’s reintegration into the international community and to extend the southern gas corridor to Iran. But this is also unlikely to happen anytime soon. Russia being the largest exporter of oil and natural gas to the EU and being unwilling to change its behavior poses a serious energy security risk to the European Union. A fully integrated European gas market might just be the solution. 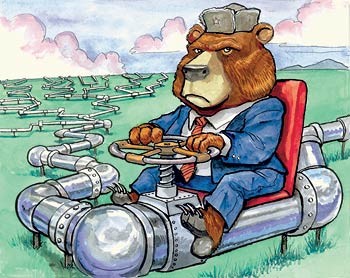 “We conclude that the emergence of a single European gas market, where national markets would be integrated through pan-European competitive trading, would significantly reduce the energy security and foreign policy implications of the EU-Russia gas relationship and improve Europe’s ability to speak to Russia with one voice.”

– Quoting a 2009 EPRG working paper by PhD Pierre Noel from the University of Cambridge, IISS

Getting energy costs down: a European imperative

Whether we support or oppose shale gas development in Europe, we cannot ignore its implications on Europe’s competitiveness, manufacturing and energy landscape. European policymakers ought to focus on reducing energy costs, integrating the European energy market as fast as possible while at the same time making sure that Europe remains at the forefront of sustainable development and protection of the environment. Failing to do so will have terrible consequences on European employment, growth and quality of life.

“The aim of European energy policy should be to combine economic growth with environmental sustainability. However, we have ended up with energy costs that hamper growth, yet greenhouse gas emissions have not fallen, despite the decline in energy consumption.” – Paolo Scaroni, CEO of Eni

Hamza Serry-Senhaji is a pan-European activist who is currently in JEF Brussels as the treasurer of the organisation. His monthly column, The Pan-European Pen, brings focus to topics that are crucial for a common European future.