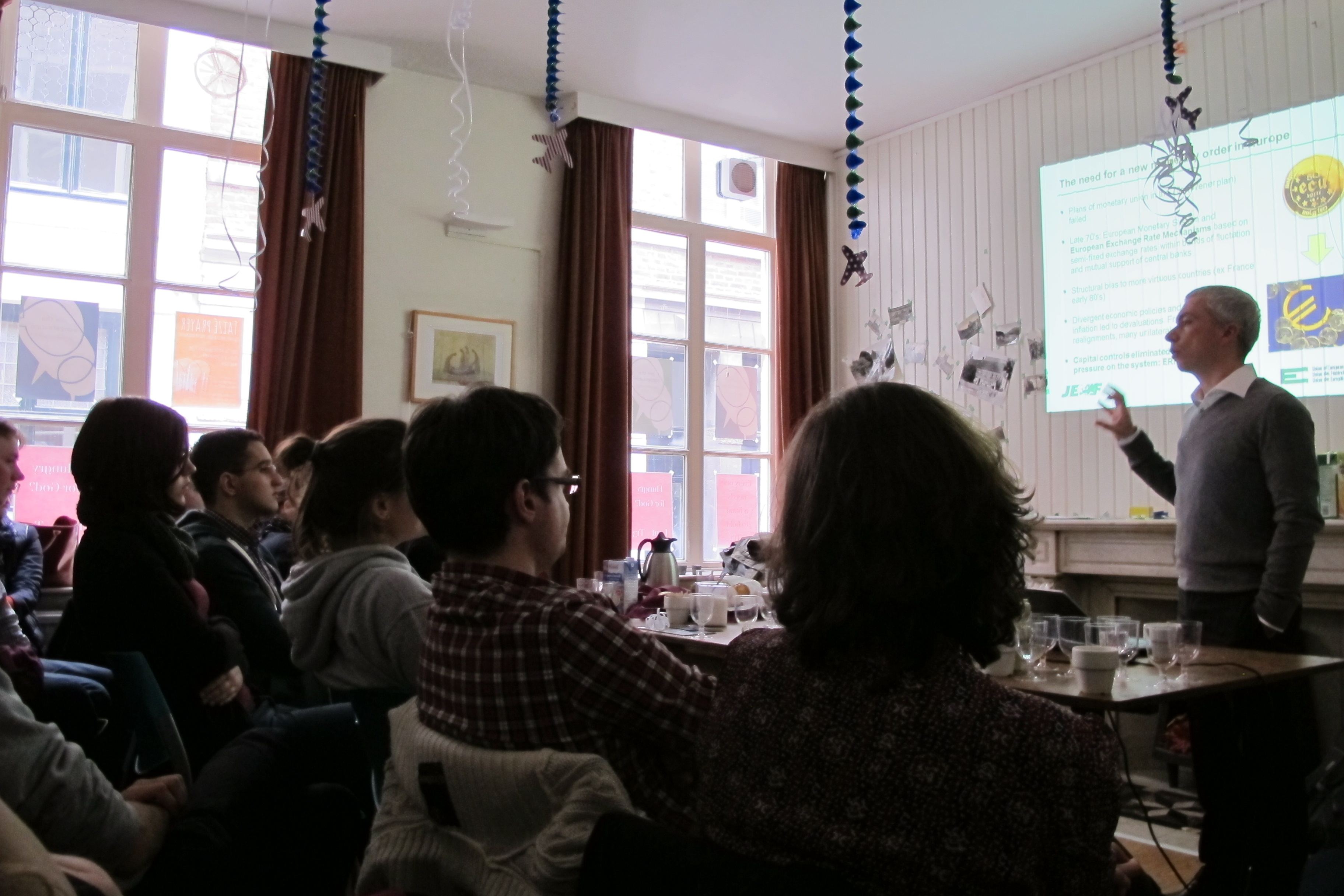 Mirena Ivanova, a member of JEF Brussels, participated in the Exchange for Europe, a two-part international trip, organised by JEF Brussels and JEF Maastricht. Here is her account of the experience.

Twenty years later, JEF Brussels and JEF Maastricht have decided to celebrate this anniversary by evaluating what has happened over these past years and what are the benefits and disadvantages of the treaty according to the European citizens.

How did it all unfold? Let’s start at the very beginning.

Early in the morning on March 16, a group of excited JEF Brussels members met at the Brussels Central Station. The coming journey to Maastricht turned out to be a real pleasure. An hour and a half flew by quietly in pleasant conversations and interesting stories. And before we even knew it, we were already in Maastricht where the members of JEF Maastricht were waiting for us.

Smiling and energetic, they started to explain us the details of the schedule for the day. We got divided into several small groups, each of which was to interview the local people on a random basis.

Meeting so many people with diverse viewpoints proved to be a great experience. Some of them were really keen on the topic, others were disinterested or downright ignorant. Generally speaking, we were able to hold a useful and interesting discussion, gathering a wide variety of responses.

To summarize the main points of view, we made a conclusion that according to the people we interviewed, the positive outcomes of the EU were the Schengen area and the opportunity for free travel within Europe, the common currency, the programs like Erasmus and Bologna process, along with the numerous chances and opportunities that they provided. Last but not least, the positive people agreed that the changes, caused by the treaty from 20 years ago, now bring the Europeans closer together.

According to the respondents, the negative aspects they singled out were mainly the democratic deficit and the bureaucracy as well as immigration issues and the distance between the EU and its citizens. These topics are certainly multifaceted, making the discussions long yet exciting and passionate, but most importantly beneficial to us all when we discussed the results later on at the afternoon workshop.

Once the workshop with many debates was over, we were delighted to hear a presentation by Paolo Vacca, a Member of the Bureau of the Union of European Federalists (UEF). The topic he presented to us was titled “The Maastricht Treaty: Why was it decided to introduce the Euro and establish a Union instead of a Community? Looking back 20 years later: was it enough?” It was a great presentation which raised many questions and brought to another interesting discussion.

At the end of the day, we all enjoyed a glass of beer and good company!