After a couple days of rest, it is time to look back at the amazing weekend we had in Liège at the JEF Belgium Training Days. The 2018 edition – The Devil Wears Populism – was franed around the theme of debunking fake news and false narratives and building political narratives.

After an informal Friday night to get to know each other over a nice hot plate filled with a-ma-zing Moroccan couscous, we were ready for an intense day of training sessions on Saturday.

Y Vote’s project manager Philipp Blum was brave enough to face a “hey my morning coffee hasn’t quite kicked in yet” audience for a session about civic education and the Y Vote campaign ahead of the 2019 European Parliamentarian elections.

Flavio Grazian, Digital Democracy Coordinator at ECAS, continued in the morning with a training about Fake News. In this interactive session, we learned more about the history of Fake News (spoiler alert: it’s not such a new phenomenon after all) and what it in fact is.

After a well deserved lunch break, Max Frey, MEP assistant and professional Jedi trainer, set out the different kind of actors on social media – who knew there’s actually a big difference between a troll and a bot?? But he went well beyond that and also explained how to interact with (or in some cases ignore) these different actors through a set of very practical tips and tricks!

After the three trainings, it was time for a panel discussion about the Future of the European Union, how to deal with Fake News, and how to build a political narrative from a local and European perspective. The panel was moderated by JEF Belgium’s president Martin Maréchal and existed of Marc Tarabella, a Belgian Member of the European Parliament (MEP), Max Frey, MEP assistant and candidate in the local elections, and Benjamin Bodson, representative in the Liège city council. At the end of the panel, we also handed in the Enjoy Your Future recommendations as part of the project.

Sarah Dejaegher, communications expert, was in charge of the very last training session of the day. She went above and beyond and kept the audience awake, listening, and even active! She gave us an incredibly good interactive session about the art of political storytelling, which is a crucial skill when we are conveying our beliefs and vision for the future.

Sunday was our last day of the training days, which we used to look to the future and the activities ahead. Below you can find some final snapshots from a very successful weekend! 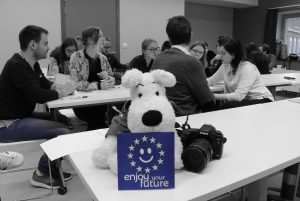 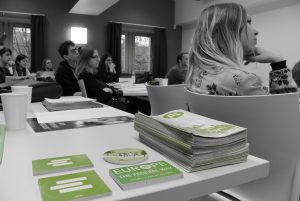 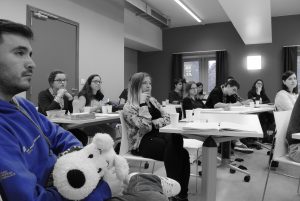 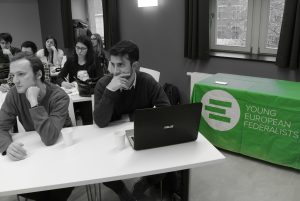 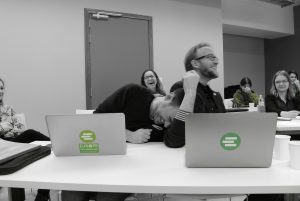 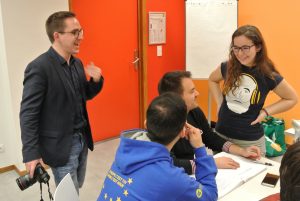 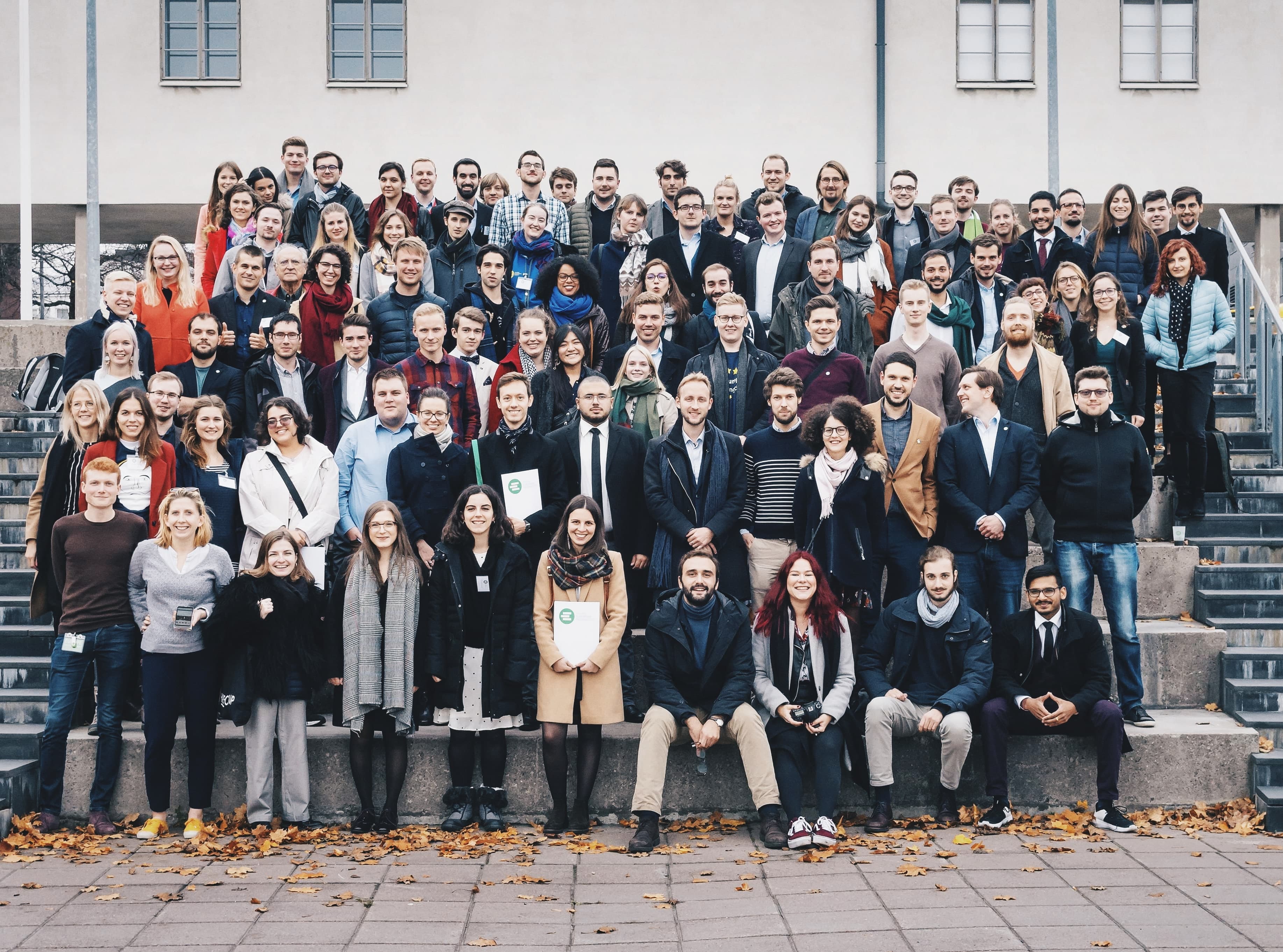 For the second Federal Committee of 2018, JEF Europe brought the challenge to whole new level, organizing it on a boat connecting Sweden and Finland by night!

After a very interesting panel debate on the topic of smart cities, and how to design efficient and sustainable cities for the future, we as part of the 100 participants coming from all-around Europe departed from Stockholm (Sweden) to sail in the direction of Turku (Finland). After a first night partying on the boat, we arrived in Finland to properly start the autumn FC 2018.

Activity reports, presentation of the very good financial situation of JEF Europe, the launch of various ambitious projects related to the upcoming European elections we all then moved on getting to work in the three political committees. We discussed and proposed amendments to be voted on the next day. Followed were the different workshops.

The 100 JEFers hopped on the second boat to sail back to Stockholm on Saturday night. and what a night this was! A full dance floor of JEFers, a (too) successful karaoke, numerous drinks from the duty free shops, contemplating the Baltic Sea on the boat’s decks, all to make what will remain an incredible experience and an unforgettable FC.

Congratulations to all the Secretariat and Board for all the hard work, and a special thank from JEF Belgium to the newly appointed Secretary General, Milos Ristovski, for whom this FC was the first to organize! 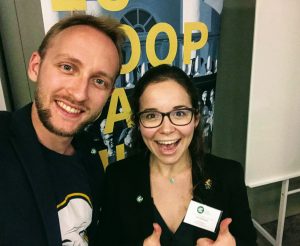