Home » The Erasmus adventure: “Galway is the only way”

The Emerald Island:  “Galway is the only way”

In the first semester of 2007 I had the opportunity to go on Erasmus and leave the comfy bubble of Leuven for half a year, which I thankfully did. After having examined all the “Erasmus options” at our university, I was glad to find Ireland on the list . This country has fascinated me from a young age on. And having been on vacation as a child mostly in the European South, time was there to discover something completely new. Ireland combines the southern hospitality with the beauty of  wild and genuine natural sceneries the North of Europe is known for. That was a bingo to me! 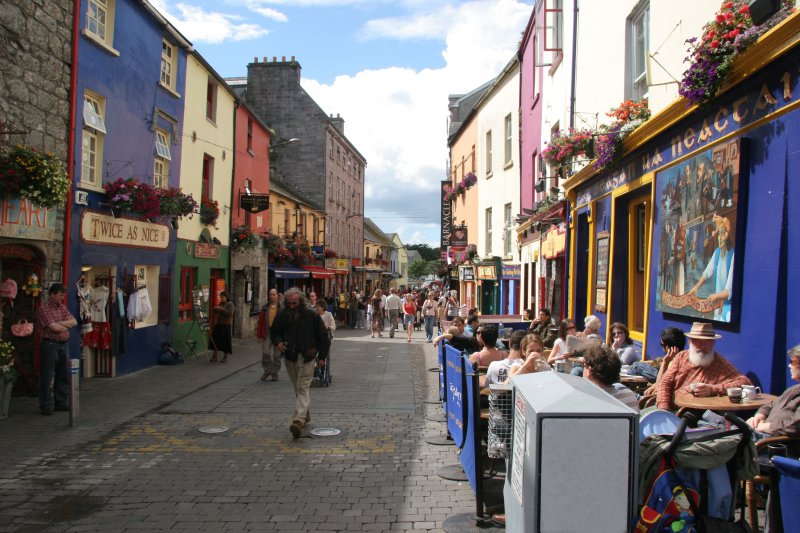 Galway, a young yet fast expanding city, located at the West Coast of Ireland was the university city that hosted me for a few months. The perfect blunt of traditional Celtic culture, economic booming progress and the vibe of young students made this place indeed a lovely area to spend half a year in as a foreign student.  The Irish economy was still in the aftermath of its core Celtic Tiger years, as you could clearly notice by the rapid development of residential areas in the suburbs of Galway and the huge infrastructure projects, funded by the EU structural funds. At that time there was indeed a euphoric and hopeful zeitgeist towards the future.

Things that will stay on my mind:

Irish people are known to be very charming whether it is in a pub, at school or on the streets . Their passage in Poznan and Gdansk on Euro 2012 for example, did not go unnoticed for the Polish people living there, who were overwhelmed by the contagious “good spirit” the Irish supporters brought with them. The hospitality of Irish people versa foreigners was also unseen for me: When finding my way in downtown Galway on my first days, I had little chance of taking my map out of my backpack. Because at that very same moment I did, there was already some passer-by, helping me finding my way around.

The memorable “climbing hill”- trips of the Mountaineering Club on Sunday mornings will definitely stay on my mind for still a long time. Perfect wake-up call after a night of tasting Irish nightlife, the Mountaineering Club conquered the  hill tops of the “hidden” Connemara, a rocky and desolated nature area with beautiful landscapes that indeed gave you the feeling this must be one of most beautiful and genuine places in Europe.

The love for music and the pub culture: Especially Galway is known for its rich lively music scene, which is kept alive in pubs and by street musicians.  Every pub has its own live music bands creating  the right atmosphere, right away when you enter a bar. As you know there are plenty of bars in Galway, and therefore there need to be plenty of musicians as well. One time, I heard a captivating tune and I was wondering where it came from. I followed the sounds and to my own surprise I found a female street musician playing a giant harp in a corner in a tiny little alley, far away from the main street with none passers-by or audience whatsoever. The acoustics over there were heavenly. I never tipped so much.

There were few to no negative experiences in Ireland, apart from being it very expensive. Also the traffic was quite hectic. As I was used to the bicycle culture in Leuven, it took some time to acclimatize, because the cars were perceived here as the one and only kings of the road.  And when Belgium is said to be fickle when it comes to weather, try Galway, which is to my opinion totally unpredictable. On the other side, due to the proximity of the Gulf Stream, it never freezes, which allows palm trees to grow on the beach sides of Galway coasts. It even allowed me to spend some sunny times on the beaches in the autumn months of September and October.

As it is the case with most people who have been on Erasmus, this trip has definitely determined my future views and choices in my life. Erasmus is the single one thing that opens up young people’s mindset and shows them how much there is to discover, how easy it is to have strong ties with people from totally different cultures and background,  which are to my view essential lessons to learn from a young age in this globalized world. Erasmus people are one big family, and I hope the coming years this nearly 3 million-family can only grow faster and bigger as ever before, so Europe has a whole new young generation of true young Europeans, feeling and acting European! 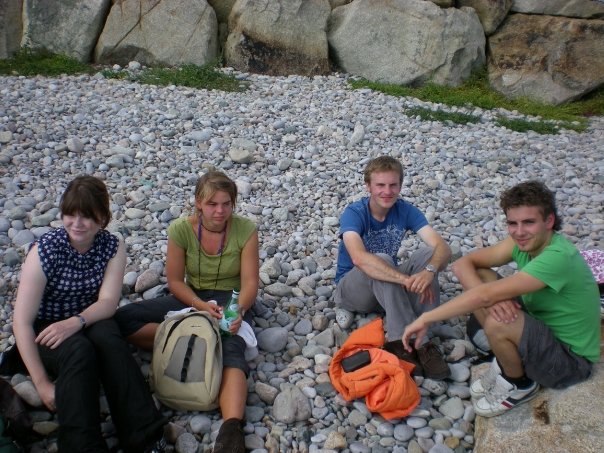