This article has also been published at the online webzine The New Federalist.

Today, the 11th of November, we commemorate the armistice signed between the Allies of World War I and Germany, ending one of the deadliest conflicts the world has ever known. Coined as “the war to end all wars” it has since been dwarfed in scale and horror by the Second World War. We remember the millions who died serving their country in the trenches and their legacy.

The Roots of Evil

It is broadly accepted that the event that triggered WWI was the assassination of Archduke Franz Ferdinand of Austria by a Yugoslav nationalist in Sarajevo. The root cause of this war was the rise of nationalism, imperialism and racism in most countries. The hubris of belligerents is also to blame for this tragedy. European nations developed a firm belief in their cultural, racial, economic and military supremacy.

This nationalist vision at its core is flawed, because it completely disregards the fact that we all belong to the human community and that autarky is not a panacea. This was not a war of necessity but a war of choice fuelled by leaders’ imperial ambitions. How else can we explain the Christmas truce?  On that day, German and British soldiers stopped hostilities, greeted each other and played soccer together. It was a moment of humanity in one of the most violent conflicts in modern history.

A non-negligible factor in this war was the industrialization and the mass production of warfare technology, a trend that began decades prior to WWI. The use of chemical weapons such as mustard gas and the introduction of automatic weaponry increased dramatically the number of casualties.

This war took most people by surprise yet the seeds of WWI were already germinating. In France, anti-Semitism and hatred towards the German empire were rising. The German annexation of Alsace-Lorraine, one of the direct consequences of the Franco-Prussian War in 1870-1871, caused widespread resentment in France. In 1894, a French Captain named Alfred Dreyfus was wrongfully trialed and imprisoned for treason because he was a Jew. Germany became an industrial and economic power after its unification in 1871. Emperor Wilhelm I devoted significant economic resources to military spending causing a weapons race with the British Empire. In most countries, military spending exploded from 1910 to 1914. Germany led with an increase by 73%, followed by Russia 39% and the UK 13%.

An Era of Globalization Ended

Contrary to popular belief, the world has already experienced a period of globalization from 1870 until World War I. During this first age of globalization, the world economy thrived. The mobility and exchange of capital, labor, goods, culture … reached unprecedented levels in human history. Technological and social innovations, spurred by the second industrial revolution, changed the world forever. An era of prosperity and progress in all fields and unseen before came into being.

We can compare this era to ours. Just think about the way social media and information technology have revolutionized our daily lives and the world we live in. Yet the world and Europe are facing the same dangers today as they did prior to WWI. The economic crisis in Europe has reinforced the appeal of nationalist and populist parties. National leaders have failed to explain a very complex economic reality to their citizens. Worse, they have exacerbated existing tensions within the EU and they have failed to provide a roadmap and hope to their citizens. Indeed it is way easier to blame Europe, China, free-trade or immigration for all their national ills, than to admit they are incapable to face the challenges of globalization within a national framework.

On balance globalization has been positive. It has brought prosperity and peace to billions of people. The economic interdependence of great powers makes it unlikely that a world war happens in the near future. A new international order is in the making due to the shift of economic power from the West to Asia and from state to non-state actors. This rebalancing of power and transition to a multipolar world is not without any risks. The possibility of a global conflict in the future is not negligible. It would cause massive destruction and put globalization to an end just like on the eve of WWI.

German philosopher Hannah Arendt once said that “progress and catastrophe are the opposite faces of the same coin”.  Indeed, violence all around the world has decreased but our ability to cause harm and destruction has never been that great. This is mainly due to technological progress. Technology enables miracles in medicine, instant communication, transportation, energy efficiency… but it also enables efficiency in killings and mass destruction. 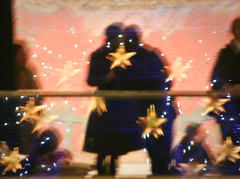 Despite all the criticism and its flaws, the European Union is an incredible human achievement and its institutional architecture can serve as a blueprint for other regions of the world. Wouldn’t it be desirable for China and Japan to create an Asian Union where their differences can be solved despite historical resentment between both peoples?  Wouldn’t an identical institutional framework be a solution for the Shia-Sunni conflict that is currently tearing the Middle-East apart? It would at least bring political stability to a region desperately in need for reconciliation.

Peace has been the European Union’s greatest achievement for half a century. What is particular about this enduring peace is that it is not a peace based on coercion but a peace based on mutual cooperation among nations and peoples. All united in diversity as the EU’s motto goes. European leaders have a deep commitment not to repeat the mistakes that still haunts our collective memory. Armistice Day ought to remind and warn us not to repeat history.

Let us not fall into a collective amnesia whereby we take the achievements of peace and prosperity in the European Union for granted. Our continent’s old demons of nationalism, racism and protectionism are still present and our vigilance is constantly required. In these difficult times, today more than ever, we ought to speak up and act against rising nationalism and populism in Europe. In the 21st century we will either thrive together as Europeans or we will fail together as conceited nationalists.

“History doesn’t repeat itself, but it does rhyme”- Mark Twain

Hamza Serry-Senhaji is a pan-European activist who is currently serving on the board of JEF Brussels as its treasurer. His monthly column, The Pan-European Pen, brings focus to topics that are crucial for a common EUropean future.