Home » Cross Border Seminar in Lille: Borders Have Been Broken 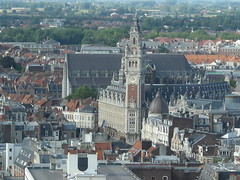 The second Cross-Border seminar took place from the 8th till the 10th of November 2013 in Lille. The subject “nationalism and populism as a dangerous path for Europe” was promising and the expectations were high. Arriving together with the other participants, we knew this was the moment … borders had to be broken this weekend.

The seminar started with an information moment on the Europe at school project since education is important to make people more involved with the European Union. This conclusion was made at that moment, but also during the next days of the seminar. ‘Education’ was probably the most used word. Education, education and education!

“Education is a wall that makes it impossible for populism and nationalism to enter the borders of the European Union.”

On Saturday morning we had to wake really early though this inconvenience was soon to be forgotten because of the first event on the program for the day: The lecture of Steven Van Hecke on Euroscepticism. It was interesting in itself and it became the foundation for other activities that day: fighting the clichés (oh, and we fought them; we still have to master how to create great one-liners though), debating about the different Eurosceptic parties (Alternative für Deutschland, Front national etc. – we know them all by now) and the fishbowl debate (some good ideas were launched in the ‘bowl’).

Finishing the second day with a good meal made it even better:  “A happy stomach is a motivated body” as the saying goes. We were ready for the third day, but first we had a date with the Lille nightlife at the Boucherie Bar. Happy and energized as everybody was at that moment, the next morning turned out to be another early one which had unfolding of some unexpected events in store… 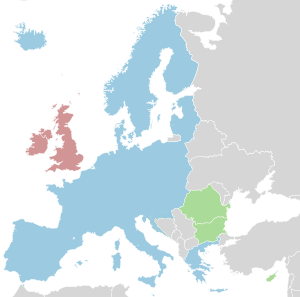 When we had been on the bus for only a short while, heading to Kortrijk (Courtrai), we were stopped by the border police at Komen. We had to get out into the cold for a border control. Sadly enough somebody of our group appeared to be a dealer and an urine sample was taken from him… but hey, wait, aren’t we in the Schengen zone? Right! Well staged by the organization though!

After the confrontation with a border situation that could have been reality in the past, we continued the road. At our destination in Kortrijk, the French fries provided us with the necessary energy to start the final event on the program: speed dating on cross-border cooperation! The different speakers gave a fruitful overview of the different projects and possibilities for cross-borderism.

With a brainstorm on future cross-border activities and cross-border cookies it was clear that soon everybody would meet each other again.

Thumbs up for the Cross-Border organization, JEF Lille, the different speakers and all the participants!

Written by a participant at the CBS in Lille