Okay, this is only going to be a short one, because I rrrrrrrreally need some sleep.

f with a simulation game: Each of us got a post-it on taped to his forehead, without knowing what was written on it. We then had to interact with each other (without words) like we would in real life. Based on those interactions, we had to guess what identity we had unknowingly assumed.

It was immediately clear to me that I had to be something REALLY bad, ‘cause everyone ran away from me all of the time. (It turned out that I was a murderer, so I guess it makes sense that prostitute Michel turned me down). Troughout this game, we could experience a little bit what prejudice and stereotypes are about.

The rest of the day was filled with some really interesting discussions about stereotypes: what are they, are they always bad, can they be avoided or are they part of everyday life?

Peter invited one of his catalan friends for a creative workshop. The workshop was really cool. At first I was pretty sceptical (I think most of us were) but it was so great to open up… The concept was called “theatre of the oppressed”. We had to interact with each other without using words, and had to let our bodies do the talking. At first, everybody was pretty shy and closed. But after 10 minutes, we were dancing and jumping, crawling and hypnotising and using “body language” like we never did before. It was really cool to see how different people feel with the concept. We had to lose all socially accepted frameworks of communication and create an entirely new one. It really got us closer together as a group.

We finished our day with a quiz, because we had to be fresh for the next morning: leave at 08.15 for a visit to the catalan parlement! 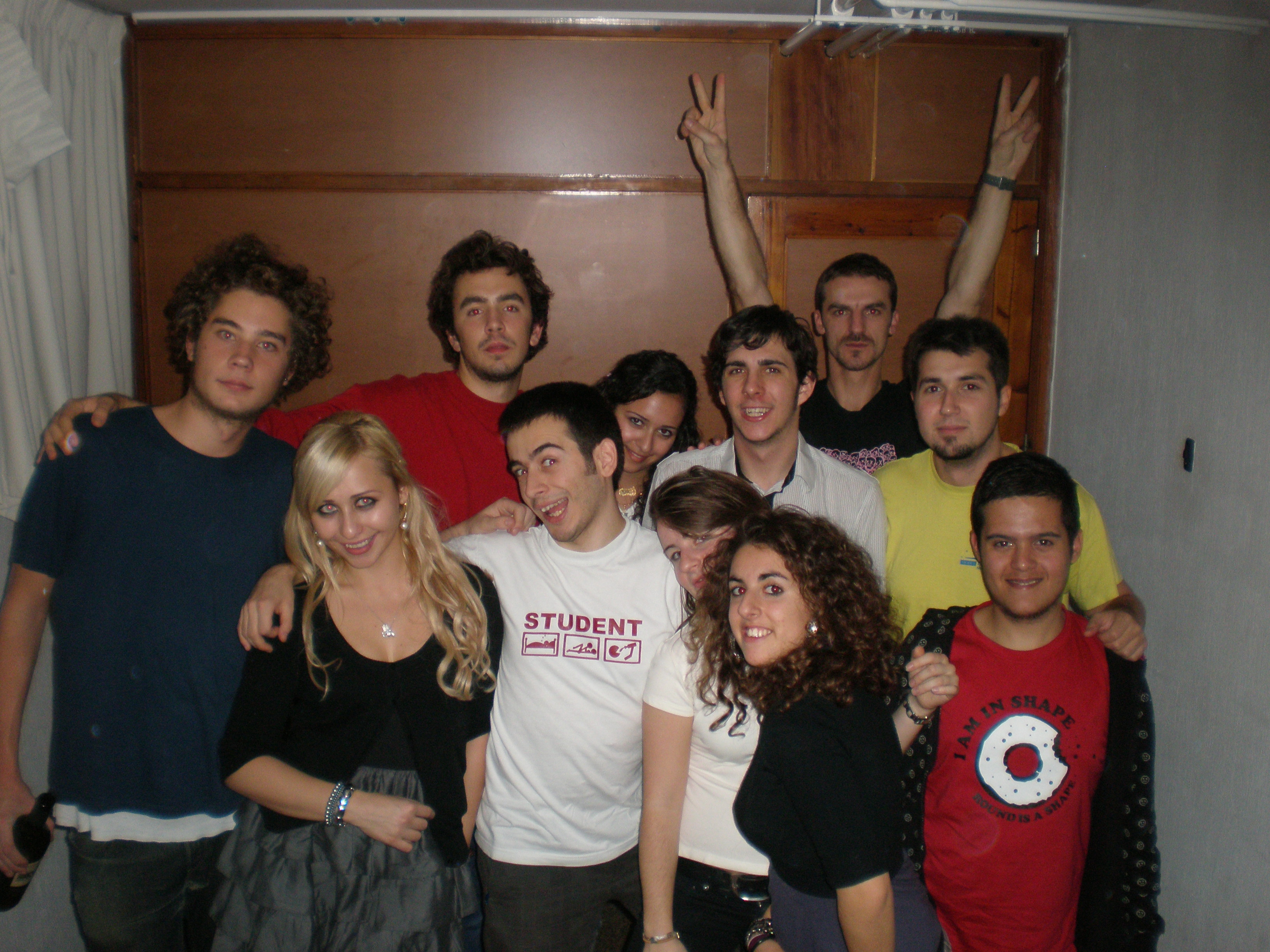 The quiz was pretty cool, but after the quiz we decided that a little party would not hurt anybody…So we simply continued the international evening of the night before with a dance contest (Wich I lost – badly) on our room. Spontanious parties are usually the best, and so was this one! It was great!

Sleep tight! I know I will!