The exchange in Kiev was a once in a life time experience. It was my first exchange with JEF,  so I didn’t know what to expect.
Sunday

When we arrived at the first venue I was surprised. The place looked like one where kids come camping in the summer.The accommodation and the food weren’t that good but the company was really nice. That night I already got to know many people. The next day we started the sessions, and most of us tried to enjoy them but some were demotivated by the bad condition of the venue and the so-so food.  In the afternoon we moved to another venue and the exchange was reborn! Everyone was motivated, excited and ready to start with the planned activities. 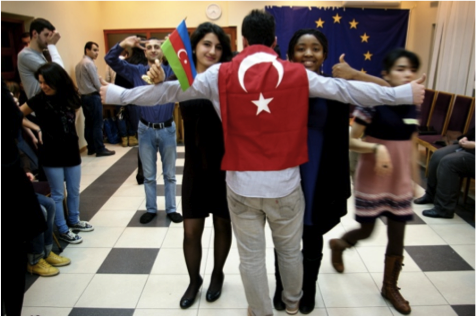 Giving an exact definition of volunteering isn’t as easy as it seems. Surprisingly, depending which country the participants were from volunteering was defined very differently. I was surprised to hear negative things. In West European countries volunteering is something positive, most of us do/did it and it is sponsored by the government. In the northern countries it isn’t appreciated at all, ‘spend your time doing volunteer work while you have the possibility to earn money?’
In the evening we had an international evening. Great night! The different cultures were presented in an original way and of course there was good food. I will never forget the dancing courses of Moldova and Azerbaijan! The Turkish guys showed us easy, but really cool dances. Everybody was immediately addicted to dance and we repeated them together the whole week. Tunak tunak tun!!!! 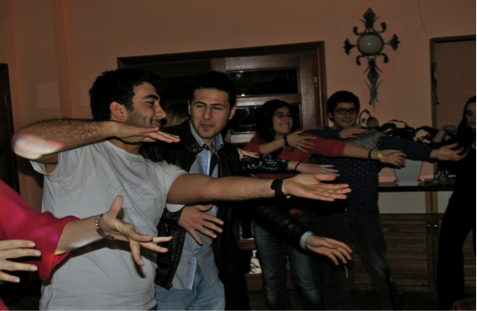 On our schedule: Challenges of volunteering. We were divided into different groups and made short plays. ‘It doesn’t make sense: it does’ People who were there understand this. Great idea Josephine!
In the afternoon things heated up by a discussion about how to get funds from the government. Every group was convinced of the subject they represented and we all fought for it! It’s interesting to see that once we want something, we find ways to make it seem as if it’s a basic necessity.
In the evening we had a little party (actually almost every night): intense conversation, dancing and a lot of laughing!

Wednesday
In the morning most of us were tired, but all excited to go to Kiev! 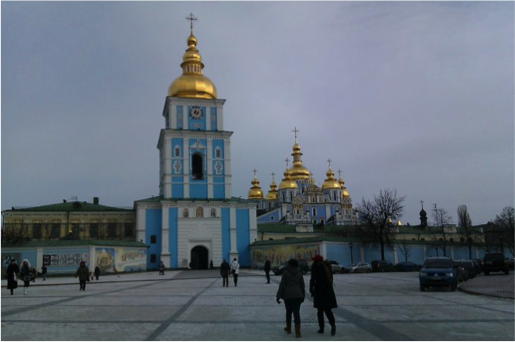 The Ukrainian participants gave us a guided tour in Kiev. But I have to admit the thing I most enjoyed that day was a meal at McDonald’s, cheap and really tasty.
In the afternoon I went to visit some monuments and places that looked interesting. I liked the Saint Michael’s Monastery, the colors were beautiful.

In the evening we had a traditional Ukrainian meal, I ate till my stomach was about to explode! Afterwards we separated, some went clubbing and some went back to the hotel to have a nice, calm evening.

Thursday
This day was kind of a lazy day for most of us. I think that was probably because of the clubbing night in Kiev the day before. We had to prepare the street action, it wasn’t easy but we came up with a slogan for the next day:  ‘without volunteering the world would freeze!’ 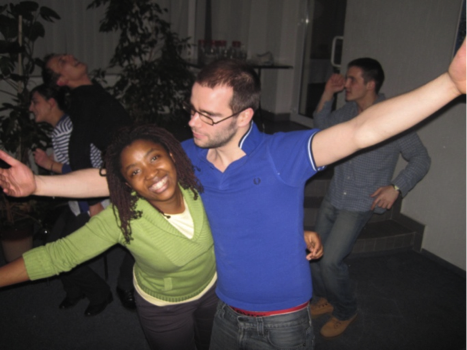 When we arrived at Kiev, the police approached us before we could start the action. They wanted to know what we were going to do, how long it was going to take. ‘As long you are not starting a revolution you go ahead and do it’. Our freeze action didn’t last that long. The police followed us during the whole action, and to our surprise we noticed that there was a woman (who was standing with the police earlier) filming us. I still wonder why she was doing that.
Afterwards I wanted some hot chocolate milk… In Belgium, if someone orders a hot chocolate you get hot chocolate milk, but in Kiev they literally gave me melted chocolate. Be careful what you ask for!

That night we had another international evening. I have to admit it was one of the best parties of my life! We started with a Belgian cantus. Drinking, singing, eating, dancing, singing… and happy people. The perfect mixture for a good party! 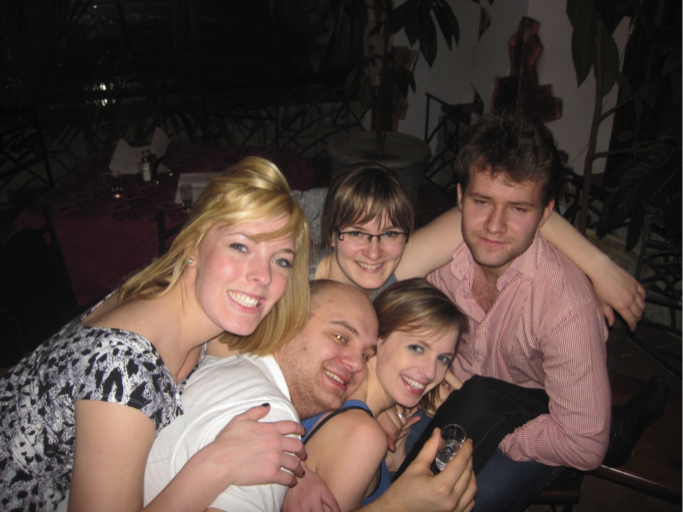 A lot was planned for this last day. Despite of the exhaustion I still had the energy to listen to all the information they were giving us. Youth in action, EVS, I want to do it all! I liked the fact that they went through the administration parts with us. Most of the presentations I had got in the past just presented those programs and on the internet you had no idea how to start with the administration part… now we know J 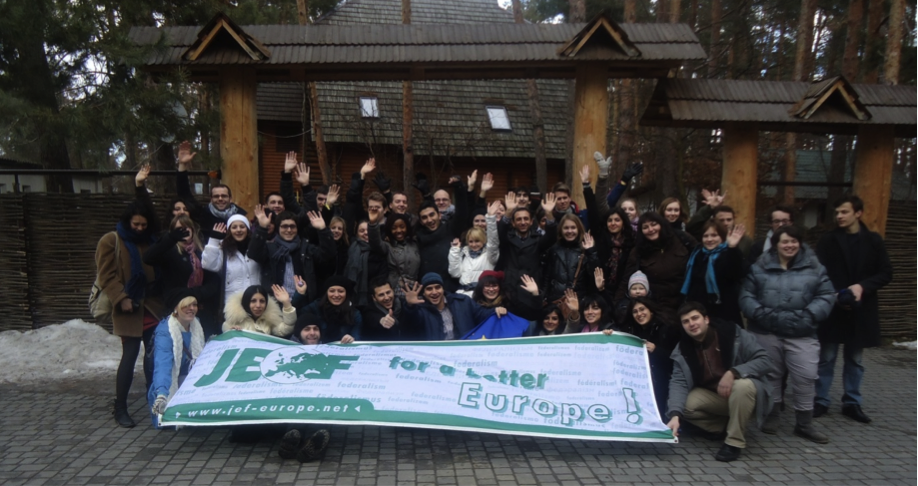 Sunday
Leaving wasn’t that easy. The owner of the hotel demanded a ridiculous high amount of money as compensation for the damage. He called the police and they threatened to put us in prison if we didn’t pay in two hours????????? Crazy, but when the situation escalated we called the ambassadors. I think the owner got scared, he gave us the documents we needed and let us go!
I think everyone was relieved to be back in his/her home country that evening! Two members of the Belgian delegation, Sarah and Ruben, kissed the ground when they arrived.

I got to know a lot about other cultures, but most of all I learned about how to start a volunteering project. I hope I will be able to put that into practice. Fingers crossed! And thanks to everyone who helped to make this exchange possible.