The Young European Federalists voice their concern about the Commission’s decision not to continue this unique pan-European project.

To Viviane Reding, Vice-President of the European Commission 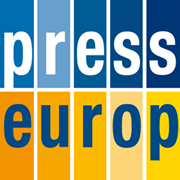 The Young European Federalists have received with great concern the news of the end of Presseurop on the 20th December following the European Commission’s decision not to continue the project. We are assured that, like us, you are much concerned by growing euroscepticism and rise of extremism, especially today, only a few months before the European elections. This is why we find it difficult to understand the reasoning behind the decision of the European Commission.

We find it hard to believe that this decision is based on budgetary reasons, since the European Parliament voted for an increase in the EU 2014 budget so that the Commission would have additional resources to finance media projects.

We do not want to believe that this decision is based on the articles published in the British press. The critics in the British press focused on specific points for which a reasonable answer could have been given. A new tender could have provided a way around the too restrictive nature of the call for tenders published in June. The second aspect related to the funding of press by the EU is questionable. Without mentioning that media are also publicly funded in many other EU countries, transparent and structural funding of pan-European media, independent from editorial line, may be considered as justified because of the absence of economic viability of such multilingual and transnational endeavours.

Furthermore an independent Deloitte report written in November 2012 recommended that the Commission ought to continue the project, even if with some improvements. In this context we find it difficult to understand what prevents the Commission from launching a new call for tender whereas the contract with Presseurop raised no criticism in 2009.

The Young European Federalists share the concerns expressed by the President of the European Parliament as well as by more than 12800 European citizens who have already signed a petition to save Presseurop in less than 2 weeks.

Presseurop is the only European medium that provides articles that can be read all over Europe in 10 languages. There is no other media allowing every European citizen to know how the European events are perceived in other EU countries.

Available in ten languages, Presseurop is thus accessible to more than 85% of European citizens. The 600.000 unique readers a month of Presseurop clearly demonstrate the interest in and the added-value of such a tool. Offering a critical analysis and accessible information on European news, Presseurop gives access to a selection of articles from 200 international newspapers translated into 10 languages. For the 1.700 journalists and intellectuals whose articles have been published, Presseurop is a way to reach audiences beyond their linguistic borders. Without Presseurop, it would be very hard and time-consuming for citizens to access information throughout Europe.

In addition to its press review, Presseurop is a discussion platform dedicated to EU issues. Users can comment on articles in their own language and be understood by all, a long-standing European dream. Presseurop creates thus a community of European citizens, contributing to the creation of a common European public sphere.

The Young European Federalists would like to understand why the European Commission does not look for alternative options to allow the continuation of Presseurop.

We want to believe that European democracy is a priority for the European Commission and that the existence of a pan-European public sphere is a necessary condition to reach it.

We are looking forward to your answer, Madam Vice-President.