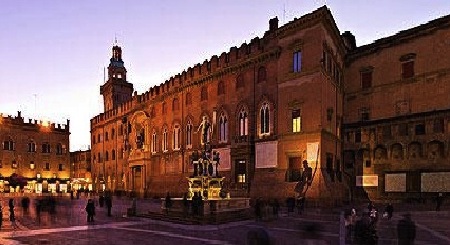 Somewhere in November 2007 I started feeling sorry. Sorry that I hadn’t been as adventurous, nor jumped to an unconventional direction in my life as a graduate student in Leuven, to even skip a week or so of classes and explore more of this exciting planet. I was in the first semester of a postgraduate Master in International Relations and Diplomacy, and yes making a few new acquaintances but still… I felt that my ‘living space’  had been very parochial and I aspired for more.

Apart from the internal motivator of the need to “move out and discover the world out there”, leaving the homestead for a while, the extra incentive came from a not so positive external report of a visitation committee (Bologna accords) about the Masters degree at the University of Antwerp. In order to “salvage” the tainted value of the diploma, I set out to apply for an Erasmus stay at a foreign Political Sciences faculty.

My first choices were Denmark and Italy. Denmark because it was in fact my first “pre-Erasmus” voyage ever to a summer camp in Lejre, as a 12-year-old in elementary school. I had fond memories of the places I visited and activities I experienced (including forging a steel knife with a hammer in a furnace!), and I wasn’t afraid to engage in learning Danish thoroughly if I had to. But the University of Antwerp international office arranged a place for me in Bologna, in the Emilia-Romagna region. So I knew I was expecting drama, lots of fashion, art and culture, expensive cars, sexy and extravagant tanned people, ice cream, pasta dishes and lengthy rhetorical lectures! What I did not expect immediately were: the burdensome process of finding a tidy place to stay, the hard dilemma’s in selecting my classes, and the overall Kafkaesque experience of Italian administration (maybe an understatement?). I also didn’t know that about 12 meters from the apartment’s outer wall and terrace, there was a well sounding church bell tower… though I got used to those 6:30 a.m. bell salutes.

I noticed I was actually enrolled in the Political Sciences campus of the university in Forli, some 75 kilometers away from Bologna in the provincial town of Forli. I managed to change to have my three courses in Bologna, but due to an odd twist of fate I had to travel to Forli almost each week for Italian classes… all places for those in Bologna had been taken. Those classes were not strictly required, but learning the language in order to fruitfully pass certain exams was somewhat necessary indeed.

A serious eye-opener materialized in the sheer opportunity to join in classes at the campus of the American Johns Hopkins School of Advanced International Studies (SAIS), its entrance being dutifully protected from dusk till dawn by two “Carabinieri” on watch with automatic rifles. The fear of anti-American attacks was apparently related to an odd 15th Century fresco in the San Petronio Basilica depicting the Prophet Mohammed being tortured in hell in a very dramatic depiction. But no explosions occurred during my stay, except for a good deal of explosive parties over at the spritz bar and the center (Piazza Verdi, Viccolo Bolognetti…) and some memorable afternoon gatherings in the lofty city park “Giardini Margherita”.

Apart from just being a studious Master’s postgraduate, I had the opportunity to meet some international scholars – to note Dr. James Sperling whose work I had to incorporate in my thesis on EU-NATO cooperation and the stance taken by Turkey on political and military levels. To be quite honest, I looked up to the students attending JHU, as most of them would go on to study in Washington DC the second year and probably pursue a career in the worlds’ leading political and economical institutions, institutes and think tanks. Thinking of getting a loan and/or a scholarship to enroll at JHU crossed my mind, but remained an improbable dream (checking the grade admission threshold, I got quite discouraged in fact…).   I retained a sheer respect for the (U.S. ?) interactive approach to classroom teaching (in particular via the class on comparative foreign policy). This was a ‘joint’ subject that was not just open to JHU students but also regular (Italian) students enrolled at the University of Bologna. In that sense, I took advantage from ‘getting in’ and managed to do a great deal of thesis and work on the paper for this subject at the library of JHU, host to a high-value collection of works in one spot.

Occasional visits to the attractive cities of Siena, Modena, Parma, the “Cinque Terre”, Firenze, Milan, a beach party in Rimini (having too much fun to fight the mosquitoes who massacred my forehead, neck and arms that night… itchy week!),and a five-day stay in Venice really made the experience very memorable. Too bad I didn’t spot any filming action in Siena, where the shooting unit of Quantum of Solace was in the midst of preparing the camera boom and set to film a chase scene across the terracotta rooftops later.

Living the ‘good life’ and meeting fellow Erasmus people during a prolonged light ‘apero’ dinner with wine, the nice Mediterranean sunset in the backdrop, is truly one of those settings that I cherish Italy for. In French there’s the idea of experiencing long and seemingly never-ending “nuit blanches”… in Italy it’s the same and they’re called notti bianchi. I still occasionally meet up with Erasmus people (mostly French and Belgian) I befriended in Bologna, but alas got out of touch with the Italian students  for the classes of my ‘official’ programme and Johns Hopkins.

So how did Bologna change me? I’m not that sure, as I rather saw it as a fulfillment of my intention to migrate and experience the world through different lenses than the ‘ordinary Belgian life’.

At least I now know that you can get a lot of washing machine trouble if you put too much bed sheets and other clothing together … it’s those ‘learning by doing’ things that make you more household-wise.

I considered a later internship at the WEU Assembly in Paris as a natural prolongation of my international orientation. When the crisis  deprived me of a lot of opportunities as a job seeker, I admit I also cowered instead of re-enrolling for University or migrating abroad to look for work.

The ability and prospect to move anywhere in Europe to study, work and live a life has a degree of ‘limitlessness’ in it. According to Nina Rother and Tina Nebe, there exists such a thing as a typology of Europeans (see Recchi and Favel, eds., Pioneers of European Integration, 2009). I guess I moved to become an integrating European at first (still attached to country of origin, COO – I caught myself humming Belgian songs more over there… and getting attached to country of residence, COR). As I still switch almost automatically to Italian while meeting Italians anywhere in Europe, it is fair to argue I briefly passed into an early stage of the ‘assimilating’ European type, whereas attachment to my country of origin has rubbed off… though I still like to associate myself in certain ways with my (temporary) country of residence. Rother and Nebe claim of the categories of assimilating and self-segregating European movers that they, to cope with the emerging identity challenges by moving to a new social-cultural context, reduce dissonance by adding a new cognition, namely EU attachment. And I can confirm that this has also been my experience from this Erasmus ‘process’ . However it’s possible that a mover doesn’t experience such a conflict between both COO and COR identities  and as a result acculturates  to the COR whilst the links with the COO are kept intact (= mixed identity).

For sure, Bologna is a special memory, and I’d look forward to travel to the ‘Bel Paese’ again, taking a stroll along the Saturday market, savoring a fresh pizza slice on the Via Independenza, seeing students scramble in and out of the orange corridors and patios, a dramatic Italian trifle breaking loose all of a sudden on the street and so on.

A nostalgia will always spring up whenever I think back on this ‘out of place’ breakaway semester. I can say the same about the period when I lived in Paris. Now I look forward to stay for a period in any city where such assimilating forces will likely happen over again !

We will publish Erasmus stories on our website till the end of the year to celebrate the 25th anniversary of the Erasmus program. If you want to share your Erasmus experience as well, don’t hesitate to send us your story at belgium@jef.eu! You’ll get eternal gratitude, a huge smile and a lot of readers in return. Let’s explore Europe!