Every year at the end of the summer, federalists gather on the beautiful island of Ventotene to discuss federalism to the bone. Last week, the 29th edition of the Ventotene seminar was organized by the Spinelli Institute under the title:  “Federalism: from Europe to the World”.

The entire week was devoted to a grounded discussion of European federalism on the very soil where it was born. You will find our reports and impressions of the topics we discussed in a series of articles we will refer to as “the Ventotene Files”, which will be published in the next weeks. This is the second of these articles. 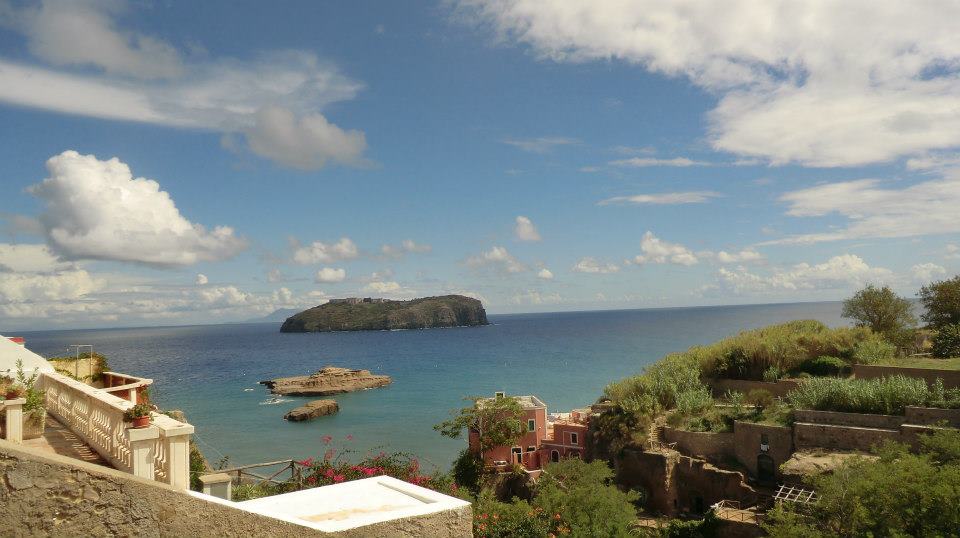 The first day of the 29th international Ventotene seminar on federalism was oriented to the role of federalism for the establishment of peace in a world that is increasingly characterised by competion for resources and globalization. Lucio Levi, Shimri Zamaret and Luca Lionello provided us with quite some challenges and questions related to the role of federalism moving toward “the end of history” in which peace is perpetual.

Federalism and the idea of perpetual peace

Lucio Levi is a professor of Political Science and Comparative Politics at the University of Torino in Italy. He is also a member of the Council of the Department of Political Studies and is as a member of the Federal Committee of the UEF. In an early morning session, he presented us his thoughts, which started from Immanuel Kant’s assertion that perpetual peace would only be achieved trough a process of enlargement of human communities from the city state, to the nation state, to world regions and finally to the world. The only adequate organising principal of political life in this evolution is a federal system. His challenging statement exerted interesting debates among the participants that once again proved how federalism is a word that carries a connotation that is not easy to overcome.

World federalism and peace in the Middle East

The second speaker, Shimri Zamaret, is an Israelian peace activist who spent two years in prison because he refused to to participate in the Israeli occupation of Palestinian territory. He challenged the seminar participants intellectually by inviting us all to focus not only on Europe, but to become world federalists. This, he said, is only logical considering Kant’s vision of global democracy as the final step in human history and the achievement of perpetual peace. It got us thinking; is a federal Europe really just a step towards more supranational initiatives on a worldwide level? Are initiatives like the International Criminal Court or the campaign for a United Nations Parliamentary Assembly utopian? Maybe World Federalists are today just as hopeful for the future of the world like Altiero Spinelli was for the future of Europe seventy years ago? In the end, it is exactly because  supranational structures with democratical accountability by federal structures are absent, that war becomes a rational choice in intergovernmental relations. Therefore, democratic structures need to be present not only on the European, but also on the global level.

Conclusion: European federalism as intermediate stage rather than end point

The challenging assertions made by the speakers generated a lot of debate among the participants. Nonetheless, it  is only by challenging the minds of (young) people with lessons from past and present conflicts that real visions for  the future might actually emerge and shape ‘human history’. Federalism, starting from the principles of subsidiarity, means that our wars are fought in parliaments instead of on battlefields. It means that citizens can use democratic instruments to have a say about the process and ideological foundations of globalisation. While the enlargement of human communities might be inevitable in the development of human history, its ideological foundations should be set out by the citizens of Europe and the world, rather than by nations that defend their own rational interests.

Francis Fukuyama famously argued that the phase of “the end of history ” was reached when the cold war ended because liberal democracy had started to spread throughout the world. However, in coming editions of these “Ventotene files” we argue that we are not quite there yet. A broad interpretation of perpetual peace requires the establishment of supranational institutions that create balance, not only in terms of military peace, but also in  regional cooperation, as instruments to manage the risk of economic breakdowns and  to create and enforce environmental sustainability. The only way to achieve such balance in Europe is through the establishment of a federal Europe. The logical question is then whether this means that the only way to achieve it in the world is through the establishment of institutions that are embedded in a world federation. 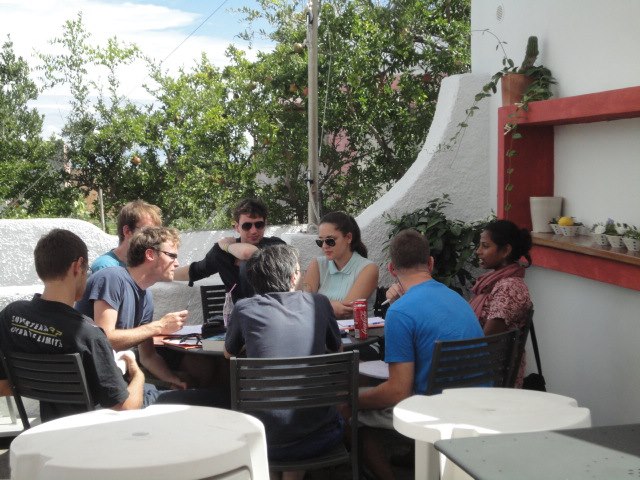 By courtesy of prof.dr. Levi, the one-pager presented below summarizes his engaging speech.

(* This one-page paper was written by prof.dr. Lucio Levi.)

Peace Today in a Globalized World

Globalization is the current phase of a long term process of enlargement of the dimension of human communities. One of the possible reading keys of human history identifies the stages of the civilizing process with the enlargement of the dimension of the state, which starts with the city-state and culminates in the World Federation. It is a process of pacification of larger and larger human groups, which tends to replace violence with law in conflict resolution. This is roughly Kant’s design for perpetual peace.

Kant does not conceive peace simply as “the suspension of hostilities” in the interval between two wars (negative peace) which remains (with few exceptions) undisputed in contemporary political culture. “The state of peace”, Kant wrote, “is not a natural state”, but rather something that “must be established” through a legal order enforced by a world authority superior to each individual state (positive peace). By defining peace as a political organization that “ends all wars forever”, Kant accurately identified the dividing line that separates peace from war and placed truce (the situation in which, though hostilities have ceased, the threat still remains that they may reopen again) on he side of war.

There is therefore a specific relationship between the globalization process, which is nothing more than an economic and social integration process on a world scale, and the scientific mode of production. This process is progressively creating the economic and social basis for the formation of a global civil society and the organization of the latter within the framework of new forms of global statehood. The International Criminal Court is the most recent and significant example of this process. 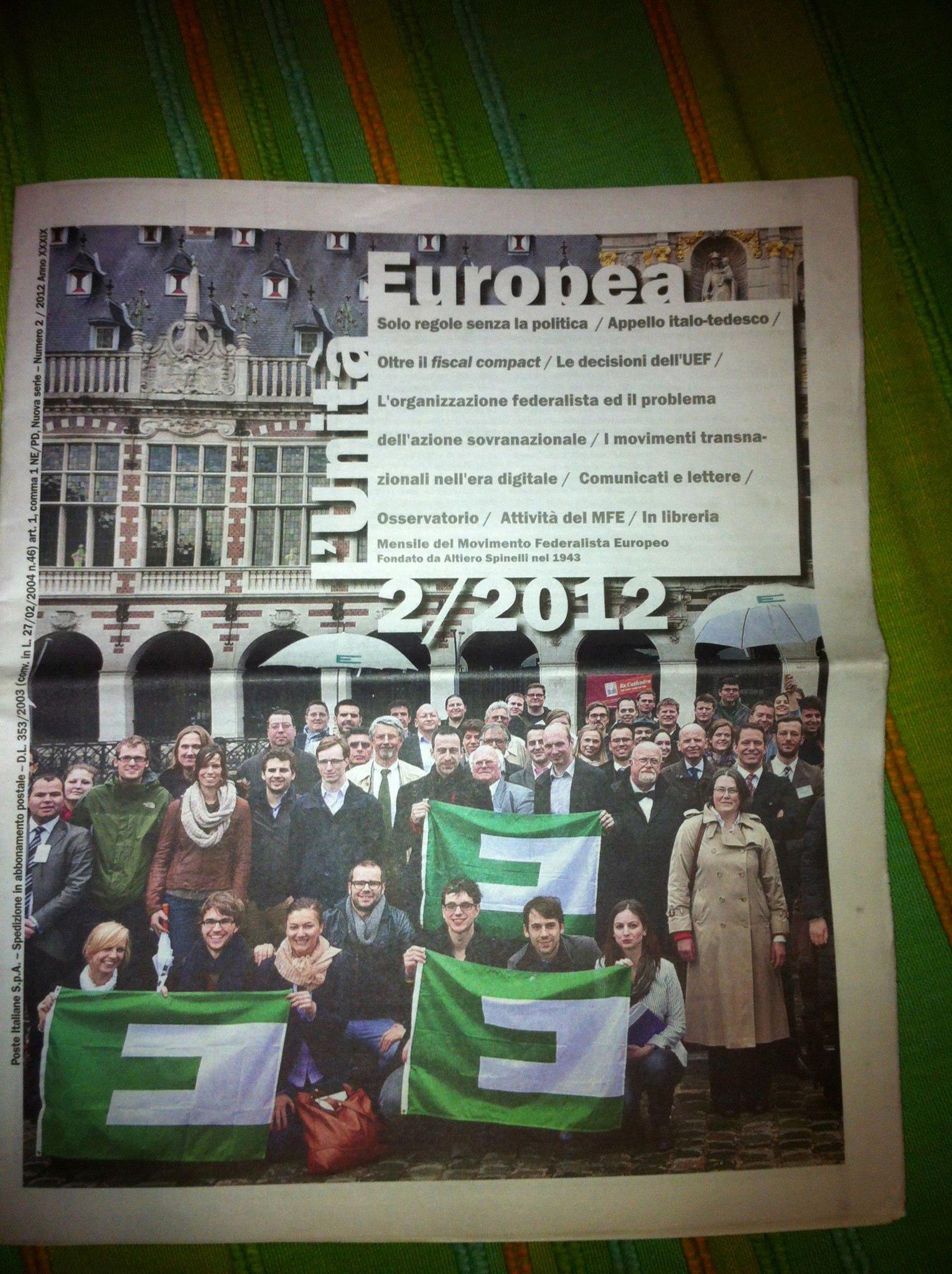 This pacification process is at the same time a process of extension of democracy beyond the states’ borders: assembly democracy allowed to pacify tribes and and unify them within the city-state; representative democracy allowed to pacify cities and unify them in national states; federal democracy represents the institutional innovation on the way of the construction of peace among nations through their unification. Globalization has shattered the two pillars on which the building of the state-centric conception of politics rests. The first is the subordination of civil society to the state, which exercises the monopoly of violence and is the vehicle of peace within its boundaries. The second is that the states, for the fact that they do not recognize any power above themselves, are the exclusive protagonists of international relations, shape up the international order and are the vehicle of war. Today, instead, in the face of the globalization of markets and civil society, politics continues to make use of national powers and institutions. This contradiction produces a retreat of politics, seen as the sphere in which the common good is pursued, and the crisis of democracy, seen as the set of institutions through which the peoples participate in determining their own destiny. On the other hand, non-state actors (multinational companies and banks, global civil society movements, religious organizations, criminal and terrorist organizations etc.) compete with states for the decision-making power at world level. In sum, the states have lost control of civil society and are no longer the exclusive protagonists of international relations. They are no longer the sites of the great political choices. Therefore, we should ask ourselves how long democracy can last in a world where citizens are excluded from participating in decisions which determine their destiny. Globalization must be democratized before it destroys democracy.

If politics really wants to pursue the goal of regulating globalization, the states must transfer a part of their power at international level through the strengthening and democratization of the regional organizations and the UN, as shown by the example of the European Union. In fact, the EU – in spite of the unaccomplished stage of the construction of its unity – represents the most successful attempt to constitutionalize and democratize international relations. After centuries of wars, the EU institutions have assured the longest period of peace in European history. Moreover, the European Parliament, notwithstanding the democratic deficit which prevents it from expressing all its potentialities, shows the journey humankind has to undertake in order to become the master of its own destiny: the irruption of citizens in international politics.