As my goal was to put a small report of the FC right after my contribution of the Seminar, Gaute messed up this masterplan. Either way, his input was hilarious, so worth reading. The FC took of on Friday with an official opening in the venue called Narodna rada Slovenskej Republiky. Sorry for not translating this, but I forgot the name in english. :-) There we had an interesting debate on the topic of the EU2020 strategy (http://ec.europa.eu/growthandjobs/pdf/complet_en.pdf) and gender equality. Too bad the Ambassador of Spain had to leave so early, and two other panel members as well, which reduced the debate to only one panelmember left. Well, our hunger for more was stilled by the very need and tasty catering in the building were we catched up with new arrival FC participants and mostly old friends. After that the formal stuff took off with counting votes, electing tellers, presenting different kind of reports (section, activity,..) and so on. Since one FC member resigned, a new candidate (the next one on the list with most votes, cfr. Florence) could become FC member, this is Luka from Italy. We closed this first day with a dinner in the hotel whereafter I went to bed early, catching up for some lost sleep during the seminar and making sure I would be fit enough for the party the day after. :-) 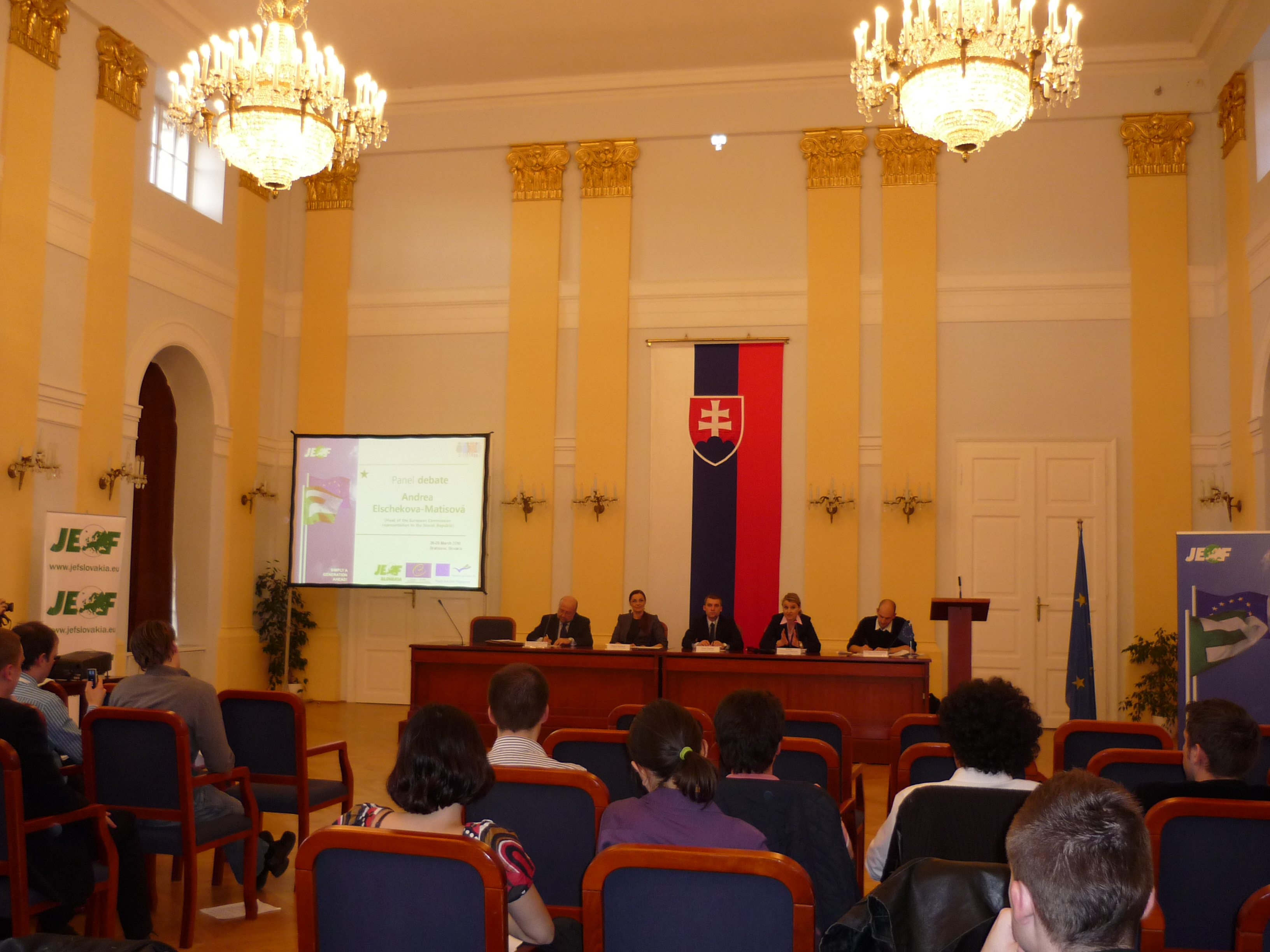 On saturday the Working Groups (WG’s) were formed and I took part in the one about Project Development. The others are: Communication and Media, Growth, Finances and Federalist Online Activism. After lively presenting the gender campaign we came up with during the seminar, we debated the other street actions to come and which ones to keep. We had a nice session and after that the Finances of JEF Europe were presented. This is about money, so important! In the afternoon we proceeded with the Political Commissions (PC’s) and I took the one on “Towards a European Democracy”. The others were “Federal Society” and “Global Europe”. In these PC’s debates to change or rewrite resolutions took place and were voted upon and then will be put forward for plenary vote the next day. Since also an EB member reseigned, there had to be a new one elected as well, but here no candidates were found, so the tasks are more or less divided among the other EB members. This FC we also needed to give our support to the SG candidate put forward by the EB. This is Ruben Loodts, currently still International Officer in JEF Belgium. After his presentation, the plenary opened the debate about his candidacy and voted upon it. Ruben was elected and we wish him good luck in his new job, starting from September onwards! We also had the farewell of Peter Matjasic, outgoing SG of JEF Europe. A quite emotional speech full of positive but also some negative remarks touched upon each one of us. Peter did an outstanding good job and we are all very greatfull for that. After this more formal afternoon we had dinner and went out to “Club Calabria” where you could not enter when you are wearing a knife or Kalashnikov.  The boys even had to undergo a search like they do in the airports, how amazing! Anyway, we got a free cocktail and a great party untill early in the morning! One point of agony though: this night was changing hour night, so you can imagine going from 2 o’clock to 3 o’clock, going out and getting up early leads to.. 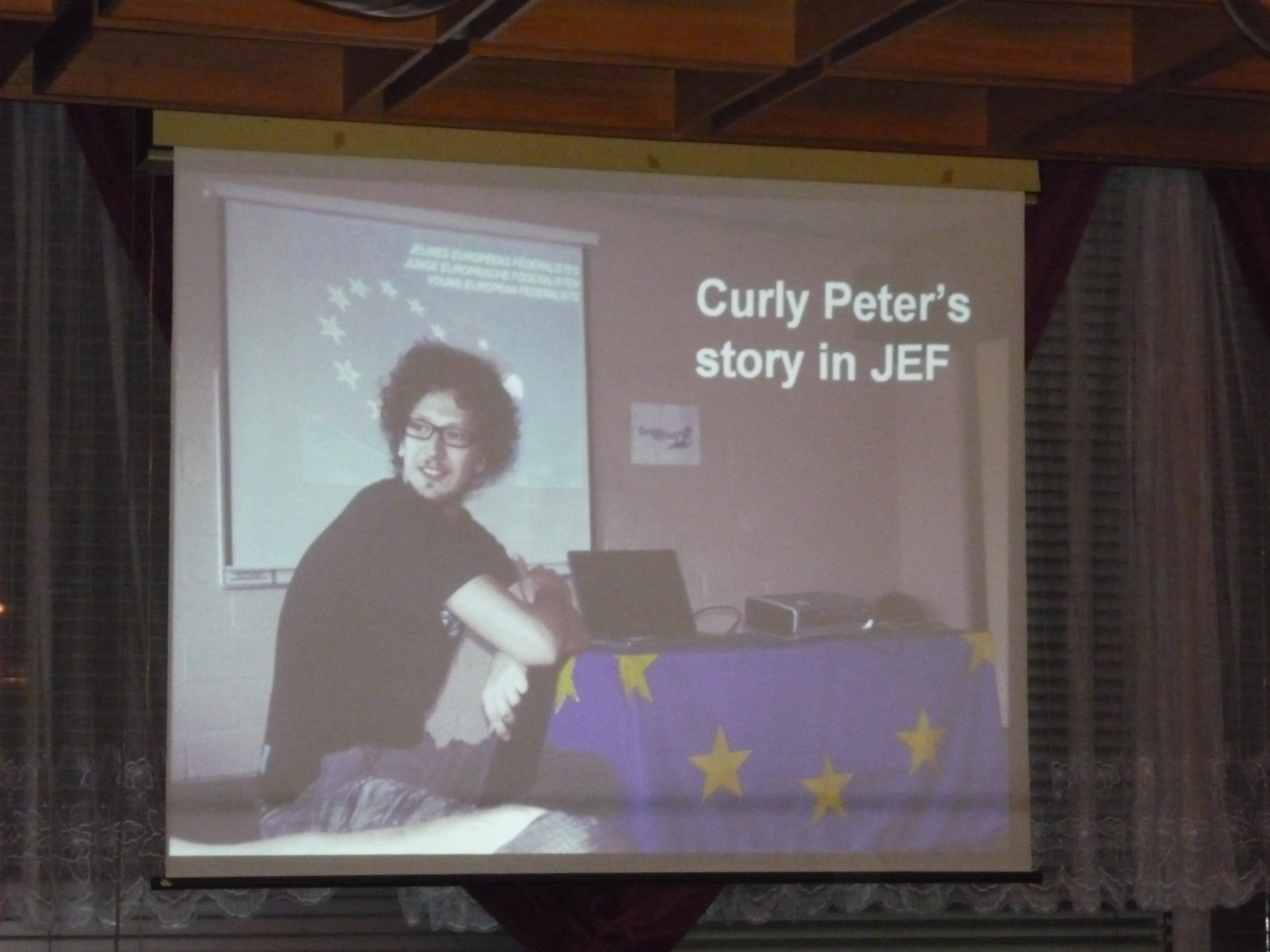 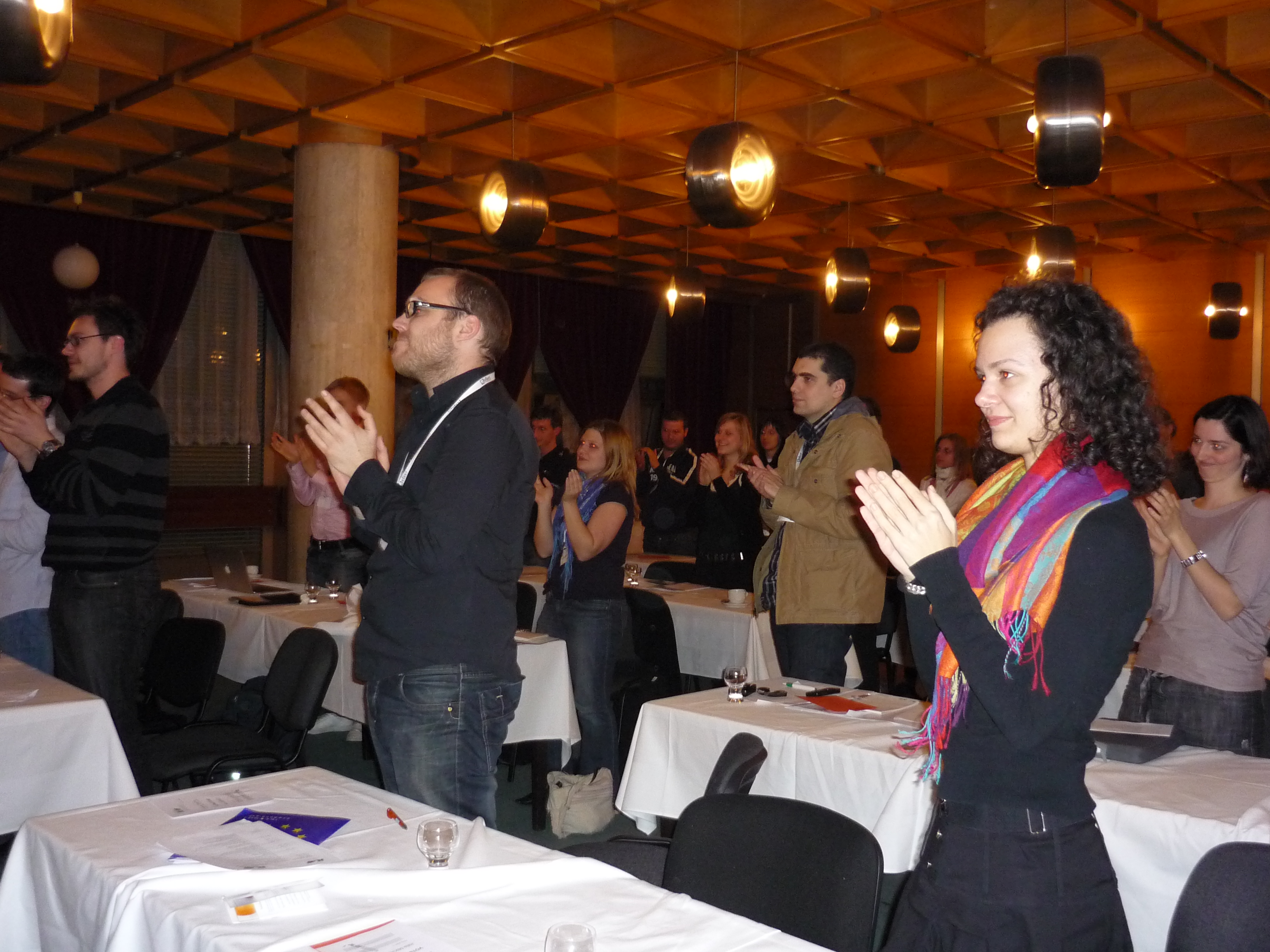 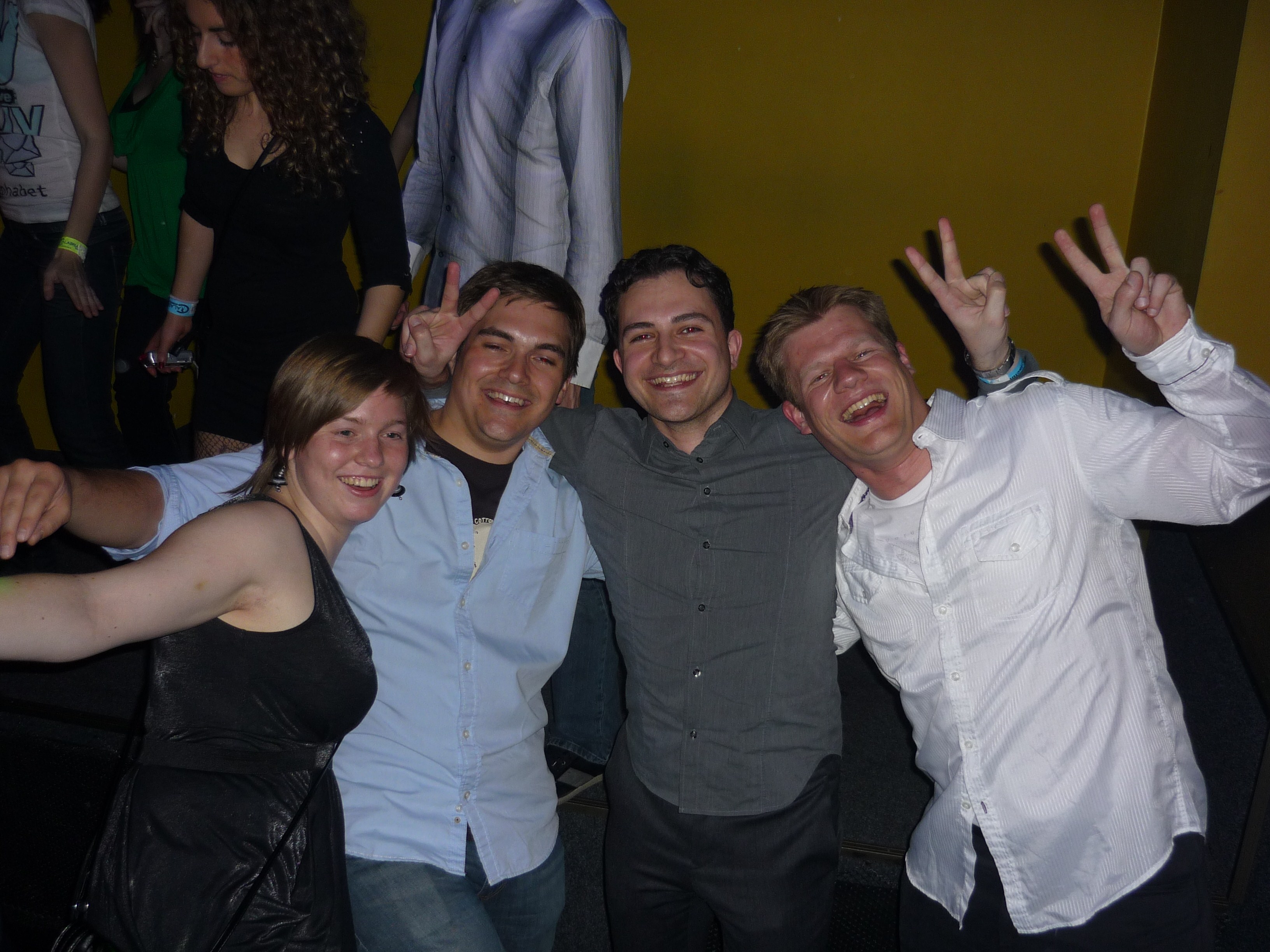 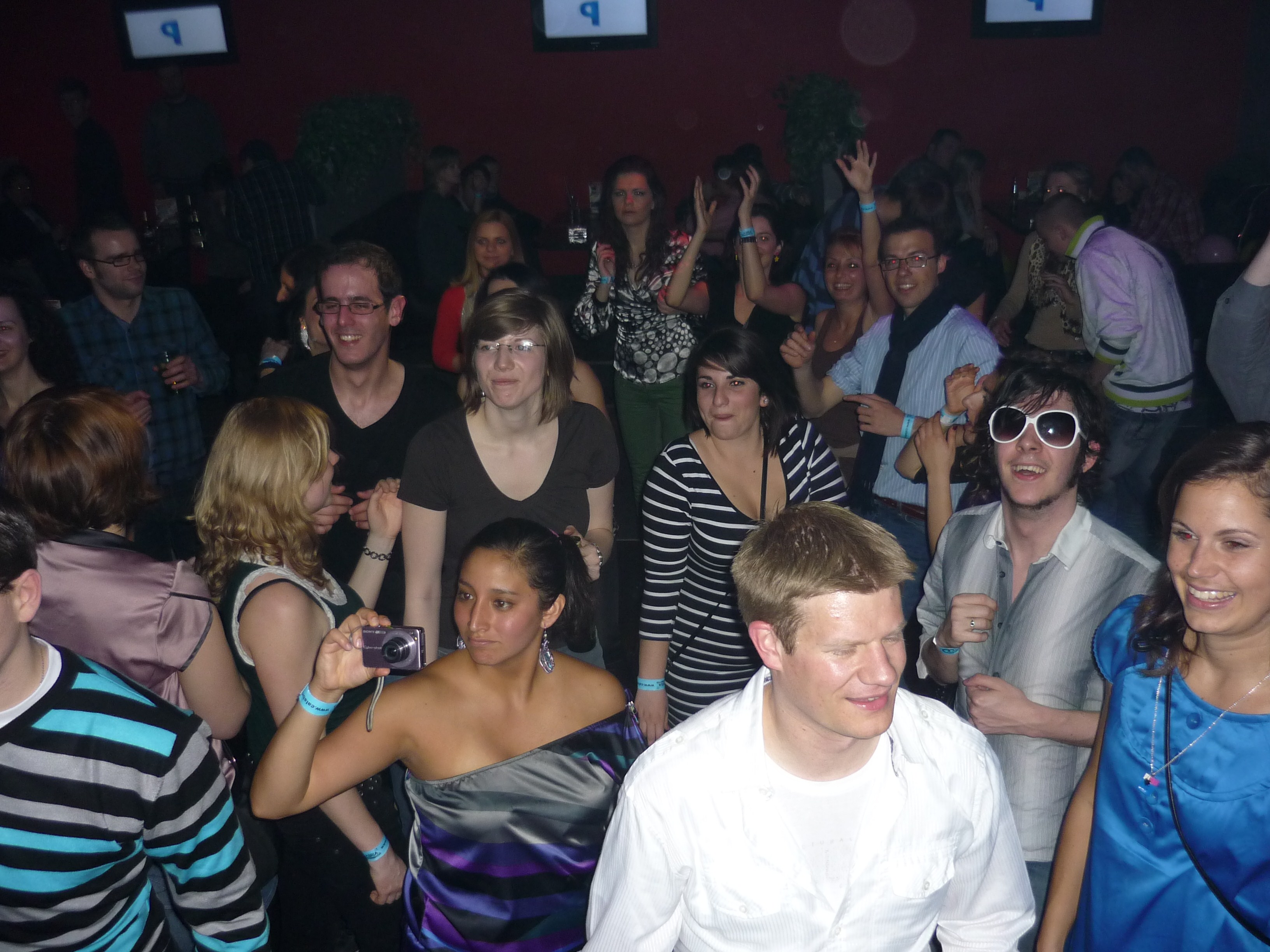 Sunday, D-day, as in .. a-small-hangover-and-feeling-exhaustedly-tired-day. But, as my mother always said: “if you can go out to party, you can get up in the morning as well!” haha, so we did get up, had breakfast and started the plenary with the presentations of the WG’s and PC’s and voted upon the resolutions that were discussed the previous day. Unfortunately we couldn’t stay untill the end, since our flight to Belgium was already shortly after the noon. Saying goodbey to all of our friends, rushing out to take the bus/trolley and tram, we went to the airport in order not to miss our flight. Exhausted but happy we arrived back in Belgium, me and Hans still a long travel ahead of us..cursing the raynair – Charleroi airport. But we made it and had a great weekend, that’s what counts and that’s what JEFFING is all about!

For more info about JEF: jef.belgium@gmail.com or look us up on Facebook!